Gaza deaths soar to 264 on day 11 of Israel assault 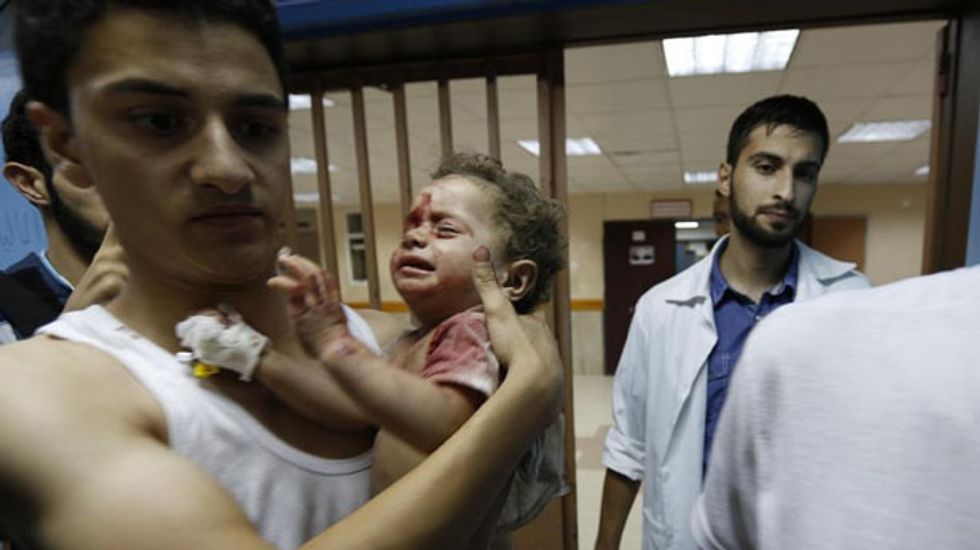 The death toll in Gaza hit 264 on Friday as Israel pressed a ground offensive on the 11th day of an assault aimed at stamping out cross-border rocket fire, Palestinian medics said.

And an Israeli soldier was killed during the launch of land operations on Thursday night, raising the death toll on the Israeli side to two, the army said.

Earlier, four other Palestinians were killed in several attacks on Beit Hanun, two of them by Israeli tank fire shortly after midnight.

Medics also found the body of a man killed in a strike south of Gaza City. Another Palestinian died in Shejaiya, east of Gaza City, Qudra said.

Earlier, two men from the Shami family were killed in the southern city of Khan Yunis.

And four members of the same family were also killed in another strike on the city, he said. Elsewhere in Khan Yunis, three more people were killed by tank fire.

A five-month-old baby was among five Gazan killed in separate Israeli attacks on the southern city of Rafah.

Figures provided by the Gaza-based Palestinian Centre for Human Rights show that civilians account for more than 80 percent of the victims of Israel's assault since July 8 to halt rocket fire by militants of the Islamist movement Hamas which controls the coastal strip.

At least 1,920 Palestinians have also been wounded.

Since the Israeli operation began, at least 1,164 rockets fired from Gaza have struck Israel, and another 320 have been shot down by the Iron Dome air defence system, army figures show.

On the Israeli side, a civilian was killed by rocket fire earlier this week, and a soldier was killed overnight in Gaza. Four Israelis have been seriously injured.