George Takei: What if Hobby Lobby was run by Muslims imposing Sharia law on workers? 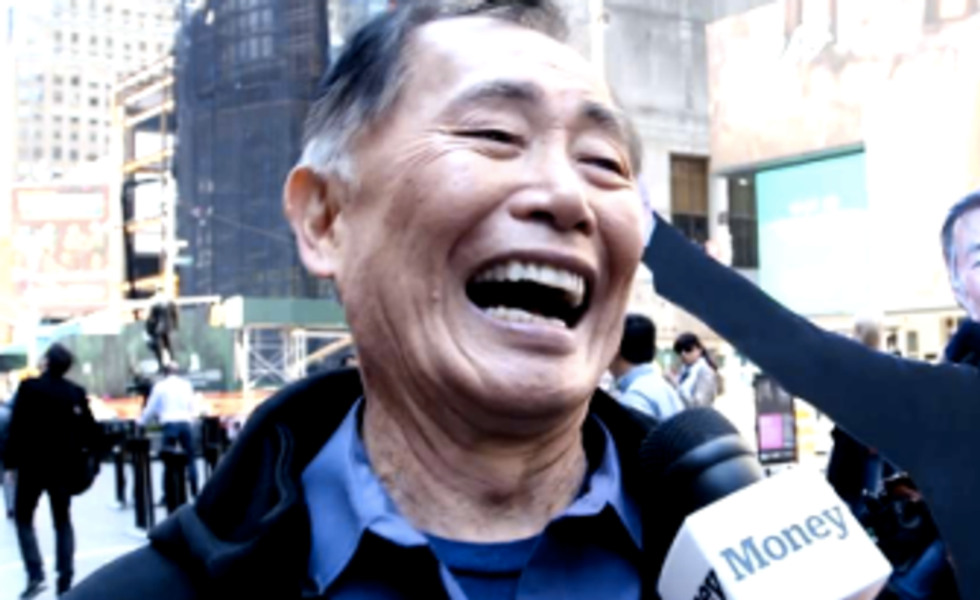 In a post on the website for his new play, Allegiance, the openly gay Takei called Monday's decision "a stunning setback for women's reproductive rights."

"The ruling elevates the rights of a FOR-PROFIT CORPORATION over those of its women employees and opens the door to all manner of claims that a company can refuse services based on its owner’s religion," Takei wrote.

He referred to Justice Ruth Bader Ginsberg's blistering 35-page dissent to the decision, saying, "Think about the ramifications: As Justice Ginsberg’s stinging dissent pointed out, companies run by Scientologists could refuse to cover antidepressants, and those run by Jews or Hindus could refuse to cover medications derived from pigs (such as many anesthetics, intravenous fluids, or medications coated in gelatin)."

"(O)ne wonders," he said, "whether the case would have come out differently if a Muslim-run chain business attempted to impose Sharia law on its employees."

"Hobby Lobby is not a church. It’s a business — and a big one at that," he continued. "Businesses must and should be required to comply with neutrally crafted laws of general applicability. Your boss should not have a say over your healthcare. Once the law starts permitting exceptions based on 'sincerely held religious beliefs' there’s no end to the mischief and discrimination that will ensue.Indeed, this is the same logic that certain restaurants and hotels have been trying to deploy to allow proprietors to refuse service to gay couples."

Takei pointed out what many have noted, that Hobby Lobby has invested in multiple companies that manufacture abortion drugs and birth control. The company receives most of its merchandise from China, a country where overpopulation has led to mandatory abortions and sterilizations for women who try to have more than one child.

"While we work to overturn this decision by legislation, people of good conscience should BOYCOTT any for-profit business, including Hobby Lobby, which chooses to impose its religious beliefs on its employees," said Takei. "The only way such companies ever learn to treat people with decency and tolerance is to hit them where it counts -- in their pocketbooks."

[image of George Takei via Facebook.com]