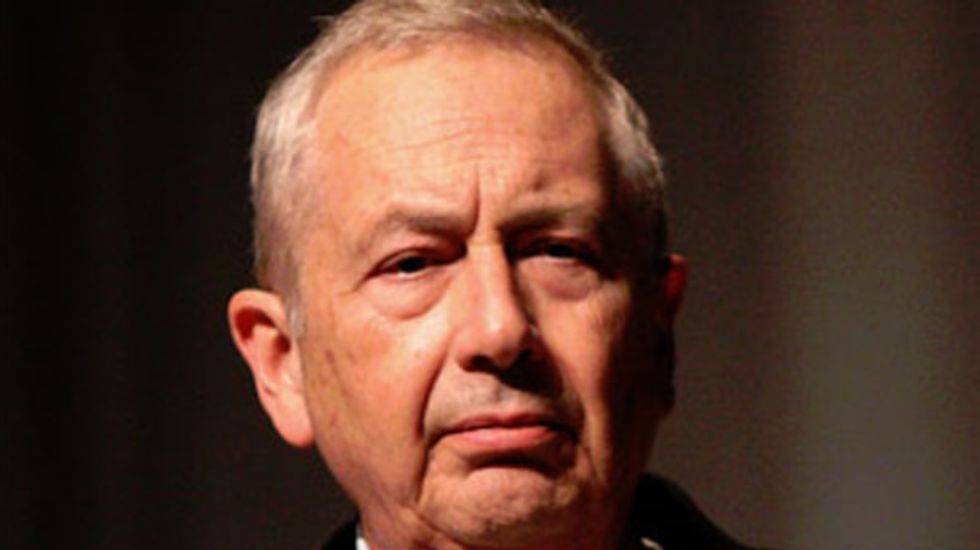 In a Rolling Stone profile published online Tuesday, Gun Owners of America's Executive Director Larry Pratt is quoted as saying that he's "kind of glad" that politicians are afraid that his constituents will turn violent.

Speaking to conservative talk show host Bill Cunningham in March, Pratt said of a New York Congresswoman Carolyn Maloney, who had expressed her fear of violent gun owners, that he was "kind of glad that's in the back of their minds. Hopefully they'll behave."

If they don't, as Alexander Zaitchik noted, Pratt has already devised a solution, telling a group at the conservative Leadership Institute that "[w]e can have all the guns in the world, and if we don't have the will to use them [against the government], then they are useless." AWR Hawkins, writing at Breitbart.com, downplayed Pratt's comments, saying they were merely a recapitulation of statements made by James Madison, who "believed Americans possess guns in order to keep the government in check."

However, the husband of former Arizona Representative Gabrielle Giffords -- who was shot by a gun owner at a rally in 2011 -- said in a statement on that he found Pratt's words wrongheaded and irresponsible.

"No matter where you stand on policies that reduce gun violence," retired astronaut and Navy Captain Mark Kelly said, "Larry Pratt's view that our leaders should live in fear of gun violence is an affront to all responsible gun owners, Gabby and me included."

Kelly and Giffords currently run a political action committee, Americans for Responsible Solutions, devoted to supporting what they deem to be "responsible" gun control measures.

For her part, Rep. Maloney told The New York Daily News that Pratt is "actively encouraging his members to take violent actions against elected officials they disagree with. His rhetoric opens the door to other attacks on members of Congress and other officials who support gun safety laws. And this just shows you how outrageous and extreme the pro-gun movement is."