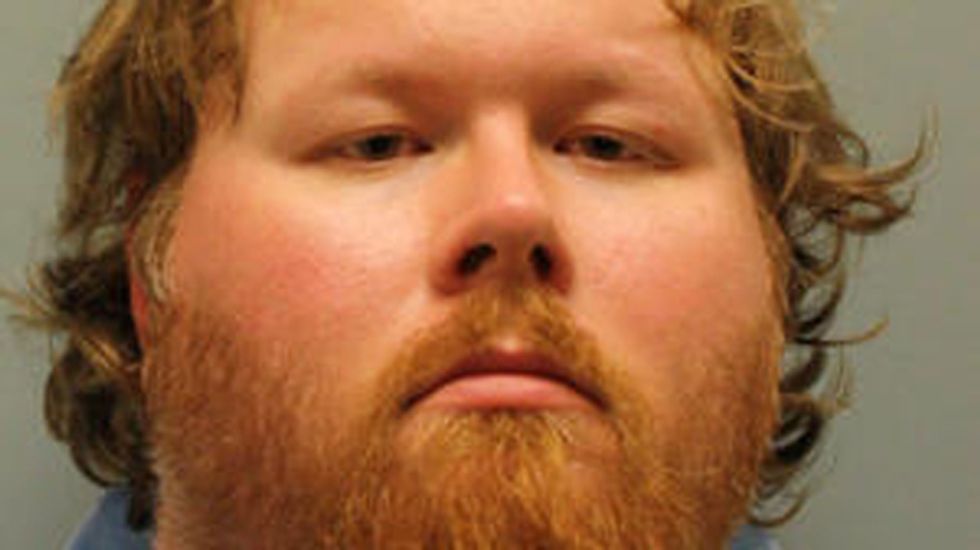 The Texas man accused of slaughtering six members of his ex-wife's family, including four children, was charged with murder Thursday amid revelations he had previously been arrested for domestic violence.

The heavy-set blond man was in the custody of the Harris County Sheriff's Office following an hours-long standoff with dozens of officers, including a SWAT team and hostage negotiators, late Wednesday.

No bond was set and Haskell is due to be arraigned on Friday.

The motive behind the latest chapter in the epidemic of gun violence plaguing the United States was not immediately known, but police suspect family troubles led to the bloodshed.

Haskell forced his way into the home of his ex-wife's sister in the Houston suburb of Spring by dressing as a FedEx delivery man, according to police.

He demanded to see his ex-wife, Melannie Haskell.

But when she was not present, Haskell reportedly tied up the family's five children -- two boys aged four and 13 and three girls aged seven, nine and 15 -- while waiting for the parents to return home.

Once husband and wife Stephen Stay, 39, and Katie Stay, 33, returned, they were also tied up.

Haskell then shot each member of the family in the back of the head execution-style.

The 15-year-old teenager survived but was in critical condition. She managed to tell police where Haskell was headed before being airlifted to the hospital, adding the gunman intended to kill her grandparents as well.

Katie Stay's father, Roger Lyon, said the family was "shocked and devastated" by the tragedy.

"Stephen and Katie Stay and their beautiful children were an amazing and resilient family. They lived to help others, both at church and in their neighborhood. We love them beyond words," he said.

"Cassidy Stay, 15, who survived the attack, is expected to make a full recovery. We are grateful for this miracle.

"We are in awe of her bravery and courage in calling 911, an act that is likely to have saved all of our lives. She is our hero."

A 20-minute police chase ensued, ending when officers cornered Haskell in a cul-de-sac.

During the standoff, the shooter sat in his vehicle surrounded by about 50 police with their guns drawn. There were at least a dozen patrol cars waiting to pounce.

Haskell's February divorce was difficult, according to court documents from Cache County in the southern state of Utah where he lived.

He was considered a "threat" to the couple's children.

In 2008, Haskell was arrested on suspicion of domestic violence, simple assault and committing an act of violence in front of children, according to local media.

The shooting was the latest in a spate of similar incidents in a country plagued by gun violence.

President Barack Obama has warned that America needs to do some "soul-searching" on gun control laws, which remain relatively lax despite regular gun rampages.

On May 23, a student with mental problems killed six people and then himself in California, while on June 5 a gunman killed one person and injured two others on a campus in Seattle.

In June, a couple with possible anti-government militia links shot dead two police and a civilian in Las Vegas, and a teenage gunman shot a 14-year-old student dead at an Oregon high school.