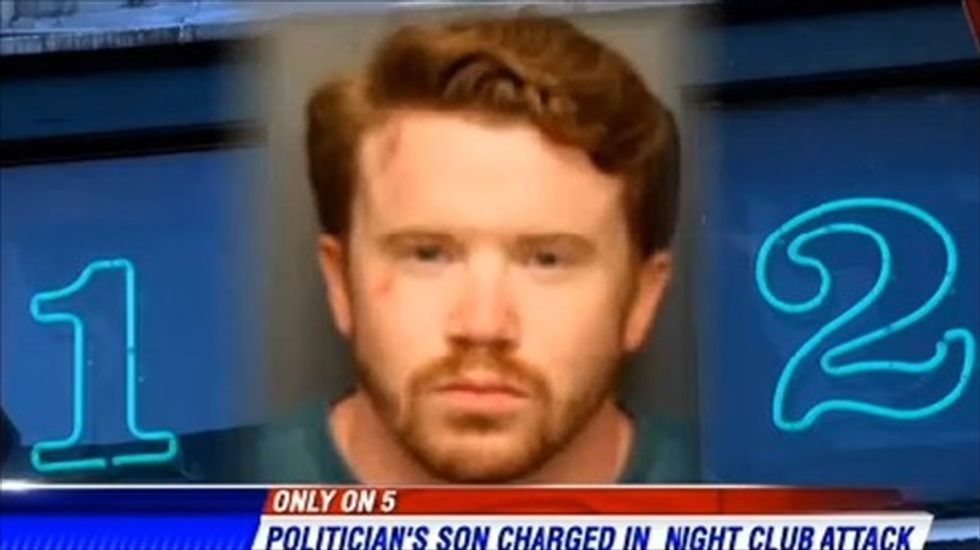 The son of the Illinois state Senate president allegedly brought up his political connections to police in an attempt to avoid being arrested for harassing a woman in a Memphis, Tennessee nightclub, WMC-TV reported.

"I guess he thought that was OK and he could get away with that, I'm not sure," the alleged victim, Emily Moss, was quoted as saying. "Especially when you tell people 'stop, don't do that,' and they do it anyways."

Despite bringing up his father's position, authorities arrested 26-year-old Carroll Cullerton on Friday and charged him with sexual battery. Cullerton's father is state Sen. John Cullerton (D). A spokesperson for the elder Cullerton told the Chicago Sun-Times that the incident was "unrelated to official state business."

The incident reportedly began when Cullerton approached Moss and began dancing too closely to her for comfort.

"I scooted away and said 'Please don't do that, I'm not comfortable with this, I don't know you,'" Moss told WMC. "Five seconds later, he unzips my dress."

According to an affadavit for his arrest, Cullerton also allegedly "ran his hand between [Moss'] breasts."

Cullerton posted a $7,500 bond on Friday and was scheduled to be in court on Monday.

Watch WMC's report, as aired on Monday, below.