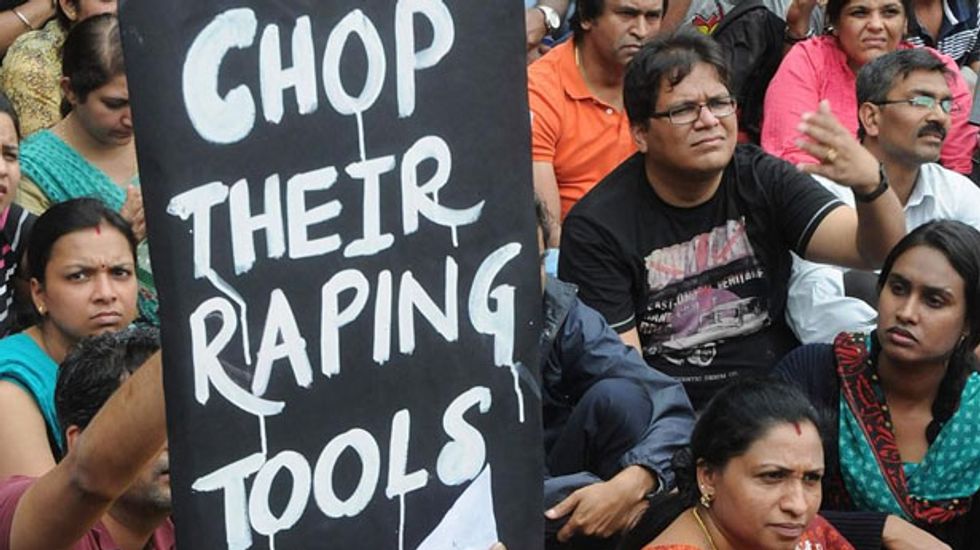 Indian police beat back angry protesters who attempted to storm the premises of a top Bangalore school where a six-year-old girl was allegedly raped, an officer said Monday.

Several hundred activists from a student group gathered outside the school in the southern city to demand action against management whom they accuse of initially trying to hush up the case.

"We resorted to caning the activists to bring the situation under control, as some of them were attempting to pull down barricades and barge into the school premises," a police official told AFP outside Vibgyor High School.

Hundreds of enraged parents have held a series of protests in Bangalore since the alleged incident was revealed last week, as India struggles to rebuild its battered reputation over levels of sexual violence in the country.

Police on Sunday arrested a 30-year-old roller-skating instructor who was expected to appear in a local court later Monday over the attack.

Police seized a laptop containing images of children being raped from the instructor, who had worked at the school since 2011, the city's police commissioner, Raghavendra Auradkar, told reporters.

"He is married and has a three-year-old child too. We will produce him in the local court on Monday and seek his custody for further interrogation and investigation," Auradkar said.

India is especially sensitive to cases of sexual violence after the 2012 fatal gang-rape of a student on a moving bus in New Delhi, which led to a public outcry and new tougher laws to deter rapists.

Police said the girl had complained of the July 2 attack to a teacher at the school, but her parents only learned of the incident a week later when she shared details with them.

The child was allegedly assaulted in a classroom at the top fee-paying institution, favoured by local politicians and business leaders.

The instructor apparently supervised roller-skating activities as part of the sports programme at the school, which has closed its doors since the uproar.

Monday's protestors chanted slogans and submitted a letter demanding improved student safety. A school official, under security escort, assured the crowd that changes were being made.