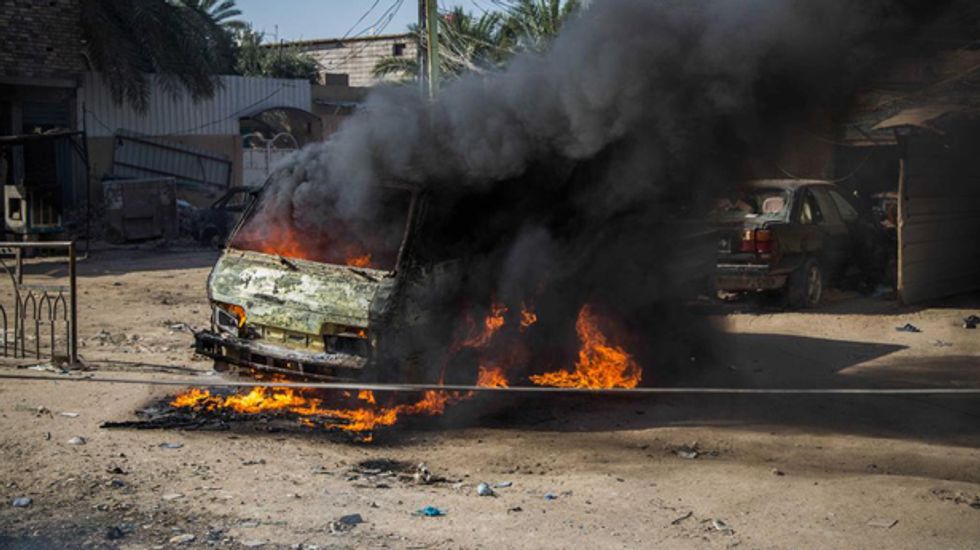 By seizing the Al-Omar oil field, IS now controls most oil and gas fields in the oil-rich Syrian province of Deir Ezzor, most of whose countryside is also under its control.

"IS took control of the Al-Omar oil field," located north of the strategic town of Mayadeen, also under its control since dawn Thursday, said the Observatory.

The capture "comes after (Al-Qaeda affiliate) Al-Nusra Front withdrew from the oil field without a fight", the Britain-based monitor added.

Before Syria's 2011 revolt against President Bashar al-Assad broke out, the oil field produced some 30,000 barrels a day.

In November 2013, Al-Nusra Front and its anti-regime allies took over the field and kept it running, "selling 10,000 barrels a day," according to the Observatory.

IS supporters posted amateur video on YouTube, showing a bearded man wearing black Afghan clothes and a black scarf on his head, identified by the cameraman as Commander Hommam.

"We took it (the oil field) over without any fighting. They fled like rats," the commander says.

The cameraman shouted: "The Islamic State is here to stay."

Some rebels initially welcomed IS, then known as the Islamic State of Iraq and the Levant (ISIL), among their ranks as they battled Assad's forces in their bid to topple his regime.

In January, rebels and Al-Nusra Front fighters began turning their guns on IS fighters, whose brutal abuses and quest for hegemony earned them the opposition's wrath.

"But in four months of fighting (in Deir Ezzor), the rebels who were fighting IS did not receive a single bullet" from countries that back the revolt, complained Free Syrian Army spokesman Omar Abu Leyla.

IS has vastly bolstered its resources through an offensive it launched in Iraq on June 9, capturing a swathe of territory in northern and western provinces as it sweeps towards Baghdad.

It has brought many of the heavy weapons it seized from Iraq's fleeing troops across the border and is now deploying them in Syria, giving it vastly improved firepower.

Abu Leyla echoed a recent claim by French Foreign Minister Laurent Fabius that IS is selling oil to Assad.

The "regime is playing a dangerous game. For the past ten days it has been bombing areas under IS control, but causing very few IS casualties," the rebel spokesman told AFP.

On Sunday, IS declared a "caliphate" straddling Syria and Iraq, referring to an Islamic system of rule that was abolished nearly 100 years ago in a move that has angered other rebel groups and Islamists, who declare it a 'heresy."

Syria's war began as a peaceful movement demanding Assad's ouster, but morphed into a conflict after a brutal crackdown by the regime.

Many months into the fighting, jihadists started to pour into Syria, drawing warnings from analysts of a looming regional conflagration.