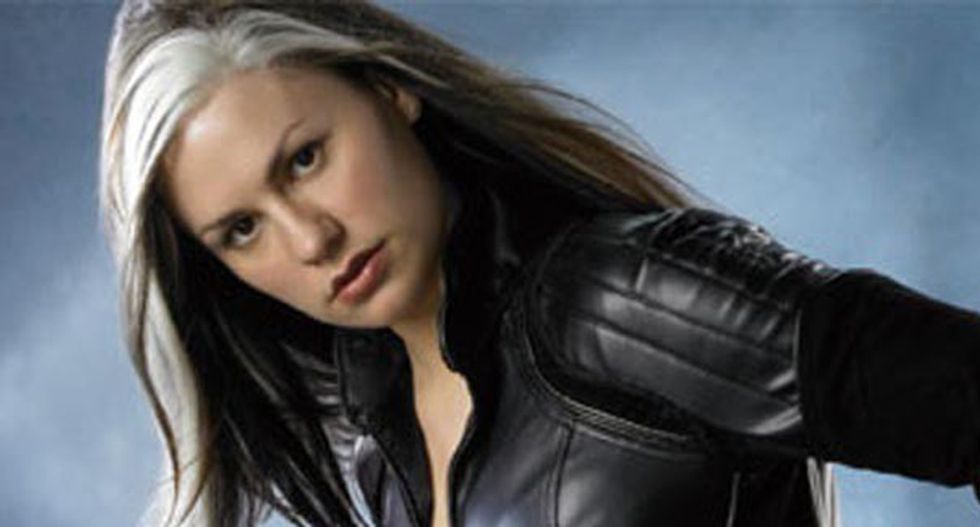 "Are you a non-practicing bisexual?" King asked.

"Well, I am married to my husband," Paquin replied, referring to spouse and co-star Stephen Moyer. "And we are happily, monogamously married."

"But you were bisexual?" King pressed.

When King said, "No?," Paquin pushed back.

"Are you still straight if you are with somebody[?]" she asked King, who has been married eight times to seven different women. "If you were to break up with them or if they were to die, it doesn't prevent your sexuality from existing. It doesn't really work like that."

"Stop with wishful thinking," King joked, cutting her off.

Paquin publicly announced her bisexuality in 2010. As People Magazine reported last month, she celebrated LGBT Pride Month in part by declaring on Twitter that she was "proud to be a happily married bisexual mother. Marriage is about love not gender."

During the interview, King asked Paquin if she felt that television had "a lot to do" with the rising acceptance of marriage equality and LGBT rights in the U.S.

"I don't watch a lot of TV, but our show certainly has a lot of sexual fluidity," she said.

Watch the interview, which contains some mild spoilers for True Blood, below.