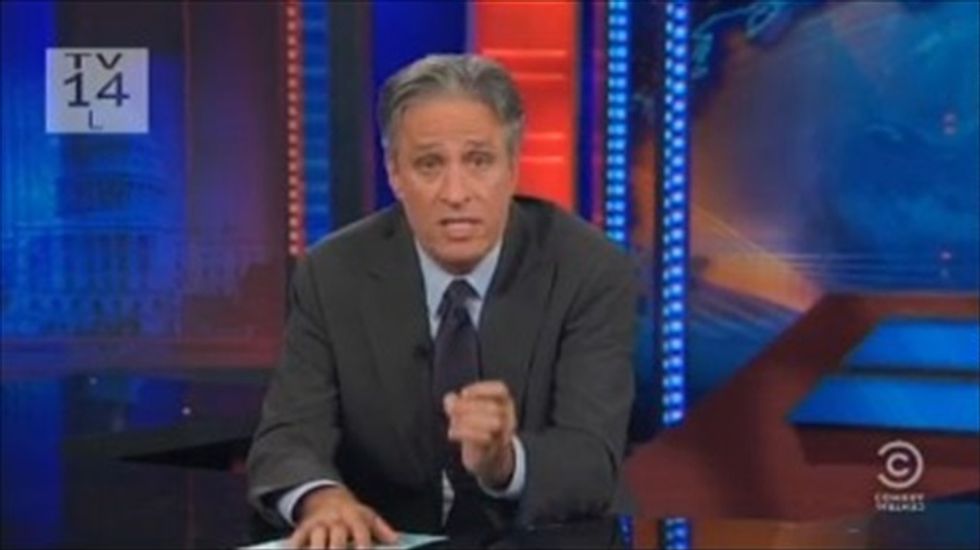 Earlier this week, in a 2-to-1 ruling, a federal appeals court struck down a provision of the ACA regarding federal subsidies for enrollees to the health insurance program.

The Republican judges who struck down the provision, Stewart noticed, did so because they chose to interpret one line of the ACA absolutely literally.

"I'm just happy both judges got to work that morning," Stewart quipped, "assuming that once they hit stop signs, their days ends."

"Until the law expressly provides a 'go' sign, we can in no way ascertain the intent of the framers of the sign," he said.

But this type of legalistic hair-splitting, he went on, was hardly grounds for the melodramatic freakout pitched by pundits on all three major cable networks, who called the ruling "a major blow" to Obamacare, a "bloody mess," and a harbinger of political "chaos."

"Gaaaaaaah!!" Stewart screamed, waving a dummy severed head. "Nooooo! There is no law! Everyone for themselves! It is the end of the world, you blew it up! Obamacare is made of people!"

However, a second federal appeals court upheld the same provision the other panel struck down.

Embarrassedly stowing the severed head behind his desk, Stewart whispered to it, "I hope you have insurance."