Jon Stewart: World is so 'f*cked up,' Germany and Cleveland are the happiest places on Earth 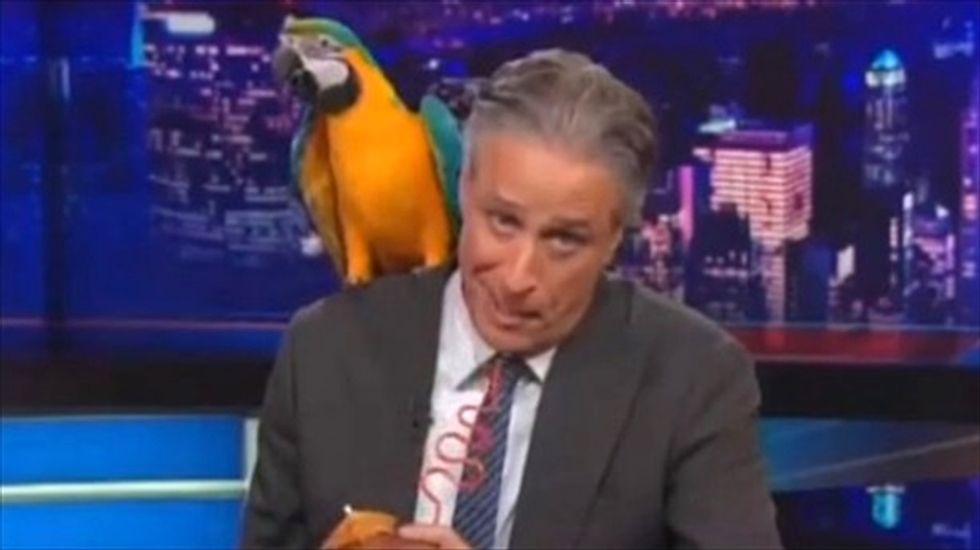 Jon Stewart returned to the Daily Show after his vacation, he said, to find a world gone mad.

"Things are so f*cked up in our world, that the two happiest places in the world are Germany and Cleveland," he fretted.

While the Germans are celebrating their World Cup triumph and Cleveland is happy to get LeBron James back, Stewart said, seemingly every other place on the planet is tied up in catastrophes. In California, he noted, thousands of Central American immigrants have been confronted by protesters telling them, "Go back to Mexico" or saying, "Jesus would not break the law."

"You mean radical destroyer of the status quo Jesus?" Stewart asked skeptically. "Barging into temples, overthrowing tables Jesus? Breaking the law was kind of his thing. In fact, he didn't just walk on water, he jaywalked on water. That actually, if I know my Biblical history, is where the 'j' in 'jaywalking' came from."

Even in the Middle East, Stewart said, the looming threat of the militant group ISIS overrunning Iraq still didn't mean "catastrophe classic" was any closer to ending in Israel and Gaza.

While Israelis are able to download an app that warns them of an imminent attack, he explained, Gaza residents are alerted via "warning bombings" in their neighborhoods, followed by a 3-minute evacuation warning.