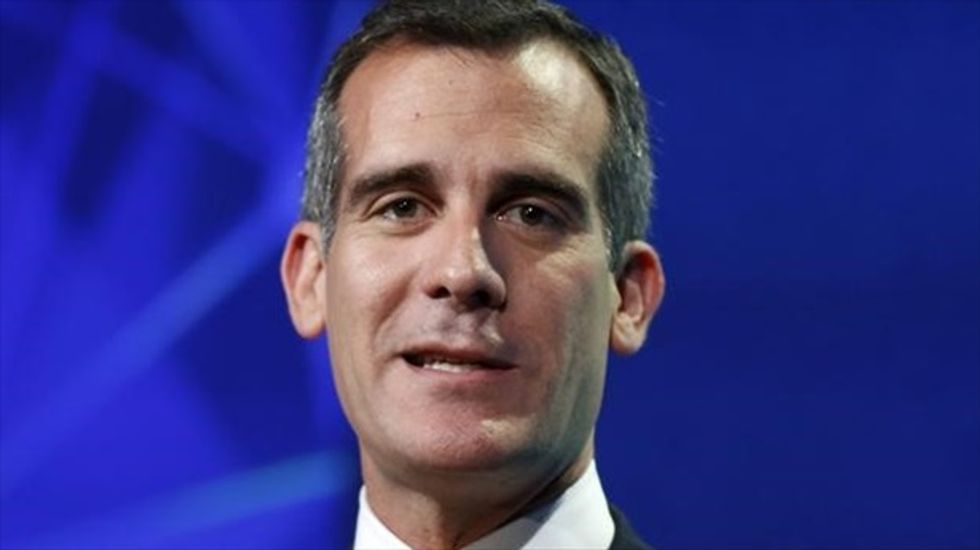 LOS ANGELES (Reuters) - Los Angeles Mayor Eric Garcetti said on Tuesday he is working with local charities to find temporary refuge for some of the Central American children caught illegally entering the United States even as politicians elsewhere publicly declare them unwelcome.

Garcetti said the U.S. Health and Human Services Department recently contacted him seeking assistance in its efforts to place such undocumented minors in temporary shelters while they await further immigration or deportation proceedings.

Youngsters from El Salvador, Guatemala and Nicaragua have been fleeing their home countries by the thousands, some alone and some with parents or other adults, and streaming through Mexico by way of human smuggling networks into the Rio Grande Valley of Texas.

Immigration officials say the influx is being driven by a mix of extreme poverty, gangs and drug violence in Central America, as well as rumors perpetrated by smugglers that children who reach the U.S. border will be permitted to stay.

The surge has inundated authorities in Texas, and created a backlash in places like Murrieta, California, north of San Diego, and Oracle, Arizona, near Tucson, where some migrants were to be sent for processing at overflow centers.

Opponents have said the flood of immigrants poses public safety and health concerns in their communities, as many of the young detainees and family units were likely to be released under limited supervision after initial intake and screening.

The subject arose at a forum hosted by Politico Magazine, where Garcetti was asked whether Los Angeles, the nation's second-most populous city, would be willing to accept any of the youngsters on a temporary basis.

"We are going to. We've already talked to HHS," he said, adding, "These are children."

"As a father, who are we as Americans if we don't step forward first and say, 'these kids who are isolated, alone ... let's get them someplace safe and secure,'" he said.

Mayoral spokeswoman Vicki Curry said Garcetti, acting at the request of HHS, had convened a meeting last Friday with a number of local charities and public agencies "to discuss the means of taking in and taking care of some these children."

Garcetti said 62 percent of Los Angeles residents are immigrants or children of immigrants, a demographic he cited as a "competitive strength" for the city.