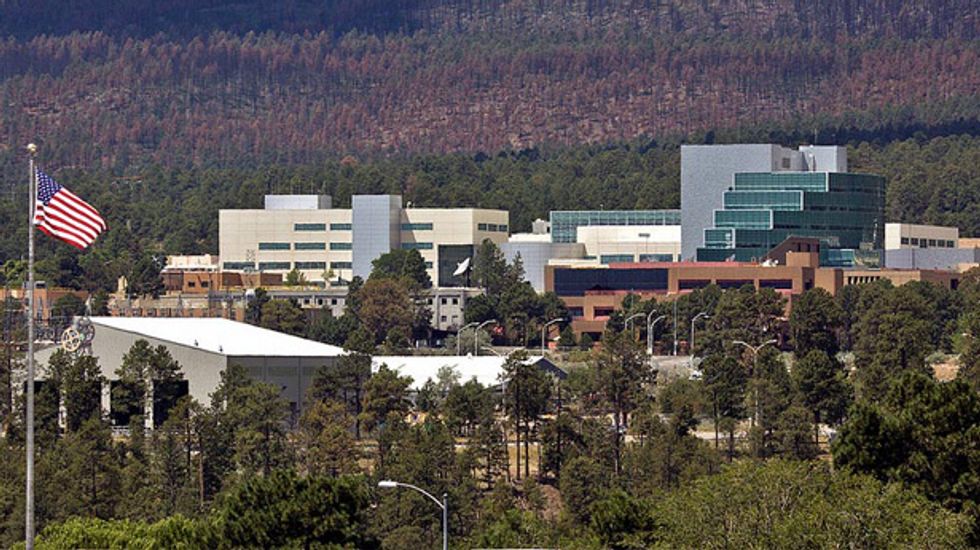 A radiation leak that indefinitely shut down a nuclear waste dump in New Mexico was likely caused by a container of radioactive materials improperly packaged with a lead-lined glove at Los Alamos National Laboratory, a state lawmaker said on Friday.

The glove is the latest clue in the mysterious accident in February at the Waste Isolation Plant near Carlsbad, where drums of radioactive debris from federal nuclear weapons sites and laboratories such as Los Alamos are entombed in salt caverns 2,100 feet (640 meters) underground.

The mishap at the U.S. Energy Department facility exposed 22 workers to low levels of radiation and ranks as one of the few black marks on the safety record at the disposal site since it opened in 1999.

Investigators have said a chemical reaction between nitrate salts and organic kitty litter used as an absorbent created sufficient heat to melt seals on at least one drum of contaminated sludge, which had originated at the Los Alamos lab near Santa Fe.

But government scientists have not been able to replicate the chemical reaction suspected in causing the drum of waste to rupture.

New Mexico Senator Peter Wirth said on Friday that a Los Alamos scientist who appeared on Wednesday before the state legislature's Radioactive and Hazardous Materials Committee revealed that the drum that leaked radiation was improperly packaged at Los Alamos with chemically reactive contents that included a lead-lined glove.

The metal in the glove – used to protect those handling radiological materials such as plutonium – likely acted as a catalyst for a chemical reaction generating heat, said Wirth, chairman of the committee, which oversees the Waste Isolation Pilot Plant.

"This barrel was clearly improperly packaged and should never have contained the combination of substances that were included," he said.

A team of government investigators has turned its attention to Los Alamos in recent days to learn what factors led to the packaging error and to determine whether additional barrels are affected, said Wirth.

"We're making progress in determining what happened. Now we are much more focused on the scope," he said.

(This story fixes a typo in the fourth paragraph)