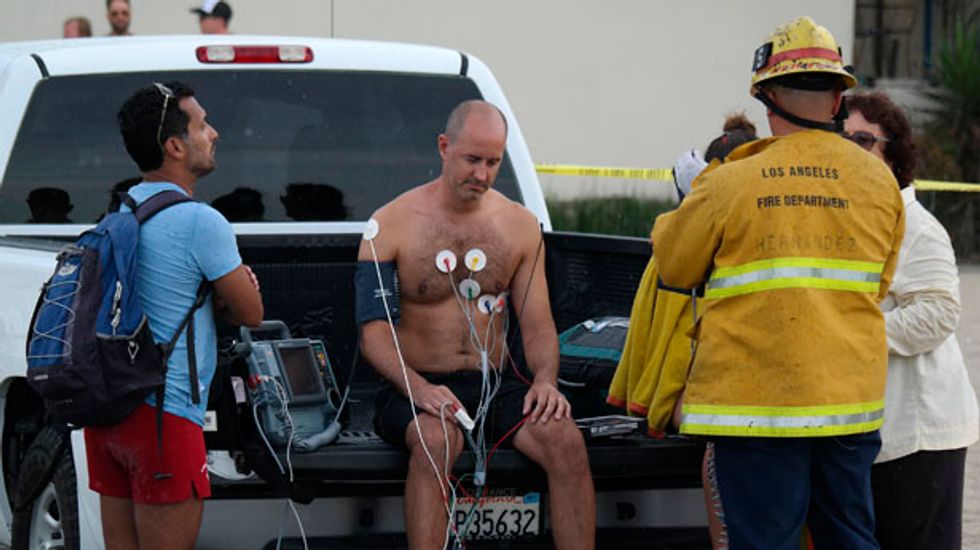 (Reuters) - As many as nine people were hurt on Sunday after being struck by lightning on Venice Beach in Los Angeles, emergency officials said.

Victims were being evaluated by medical personnel for injuries, she said. The severity of their injuries was unclear.

That National Weather Service had predicted a chance of thunderstorms in the area on Sunday.

Lightning injuries or fatalities can occur during a direct strike or after a current is passed through the ground or jumps from a taller object, like a tree, according to the National Weather Service.

Symptoms can range from cardiac arrest and injury to the nervous system to muscle soreness, headache, and confusion.

(Reporting by Victoria Cavaliere in Seattle; Editing by Scott Malone and Diane Craft)