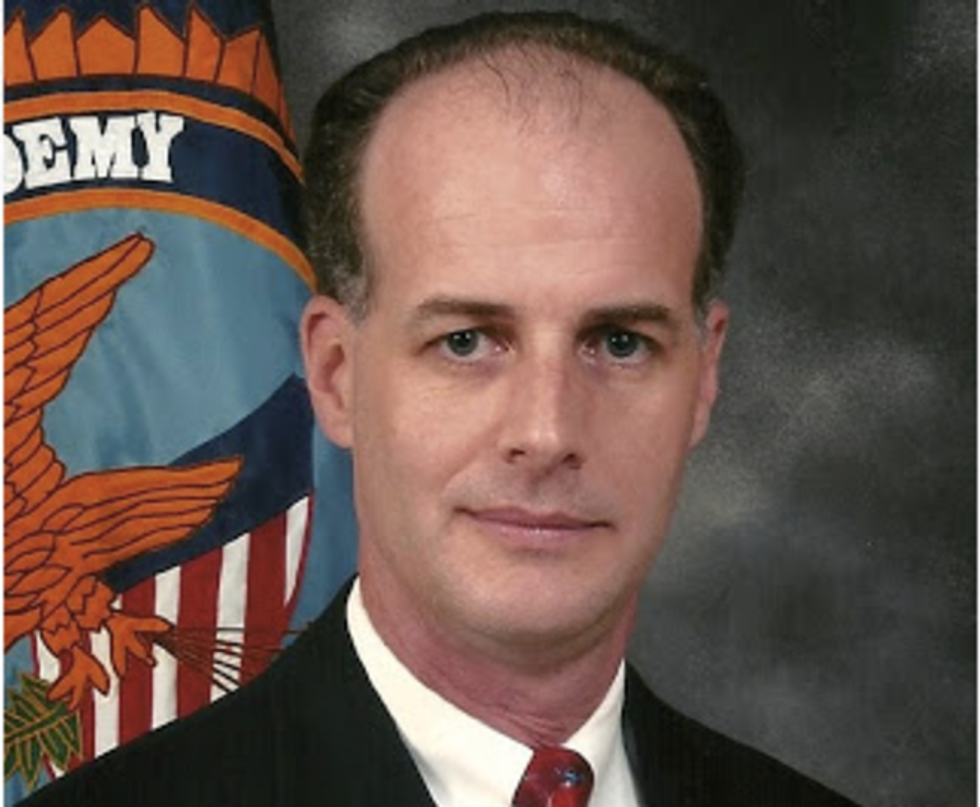 The sheriff of Bossier Parish, Louisiana is vowing to make Christianity the main tenet of his term as the parish' top law enforcement official.

According to the Shreveport Times, Sheriff Julian Whittington and his supporters are holding a rally on Friday, July 4 to celebrate the Christian faith in "food, music, fun and prayer."

This will be the second "In God We Trust" rally that Whittington has staged. In a statement announcing the rally, he said, "Not only am I elected to serve the people of Bossier Parish, but I live here and my family lives here. I think Bossier Parish is a better place with Christianity and Christian values involved in it. I am an elected official. I’m also a citizen here. I think this is what’s best for us. I don’t work for anybody in Washington. What they do, what they say, I couldn’t really care less.”

The rally will be held on public property at the sheriff's office in Bossier City, but the Times was careful to specify that only private, donated funds will be used to fund the community party, which is dedicated to the worship of Jesus Christ.

The Times said, "The event will feature free food, activities for children, an honoring of Bossier Posse members who served in World War II, recognition of the Bossier Young Marines and 'patriotic and God-lifting music.'"

Critics of the sheriff and his pro-Christian policies argue that the sheriff's department's endorsement of Christianity flies in the face of the First Amendment of the U.S. Constitution, which forbids the establishment of a state religion or the endorsement of any faith over another.

Louisiana’s American Civil Liberties Union Executive Director Marjorie Esman told the Times, "If the event is held on sheriff’s property, then by definition it is a public event that sends a message of government endorsement of Christianity. The building is paid for by public funds, and maintained by public funds. f the religious messages are overtly Christian and suggest that Christianity is better than other religions, and if there is a link to public funding or support, this would overstep the law. In any event, it sends a message to Bossier residents who do not adhere to Christianity that they are less than equal and not worthy of support by their sheriff.”

Whittington dismissed those concerns, saying no one is being "rounded up" and forced to attend.

"But, somehow, the very basic things we were founded on are now not in vogue or out of style or might offend somebody is ridiculous," Whittington insisted.

The sheriff's supporters agree. Bossier City resident Holly Lanaghan said, "It sure can’t hurt. When you take God out, that’s when things start going downhill. I think more people support the sheriff than don’t. There’s one God and he loves everybody. It doesn’t matter what title you want to hang on yourself. God is not about religion. He’s about the relationship we should have with him.”

Stonewall, Louisiana resident Dan Gasper said, "I’m behind him. Too many of our Christian values are being thrown aside for this politically correct environment."

Esman said that even if the majority of Bossier Parish citizens agree with the Whittington, he is still breaking the law.

"The Bill of Rights is not a popularity contest," she said. "We do not trust our fundamental freedoms to majority rule, because to do so would allow the majority to take away rights that belong to everyone."

“The point is that the Bill of Rights exists to prevent the tyranny of the majority," she said. "The Supreme Court has not, now or ever, upheld the right of anyone to use government resources to impose a specific religious view on anyone else. Nor can they, because the First Amendment prohibits government from doing that.”

Whittington began the "In God We Trust" rallies when federal funding for his "Young Marines" program was cut. The youth mentoring program was found to actually be a Christian ministry dedicated to proselytizing and recruiting young Christians, and is therefore ineligible for government funding.

Watch video from the 2013 In God We Trust rally, embedded below:

[image of Julian Whittington via MyBossier.com]