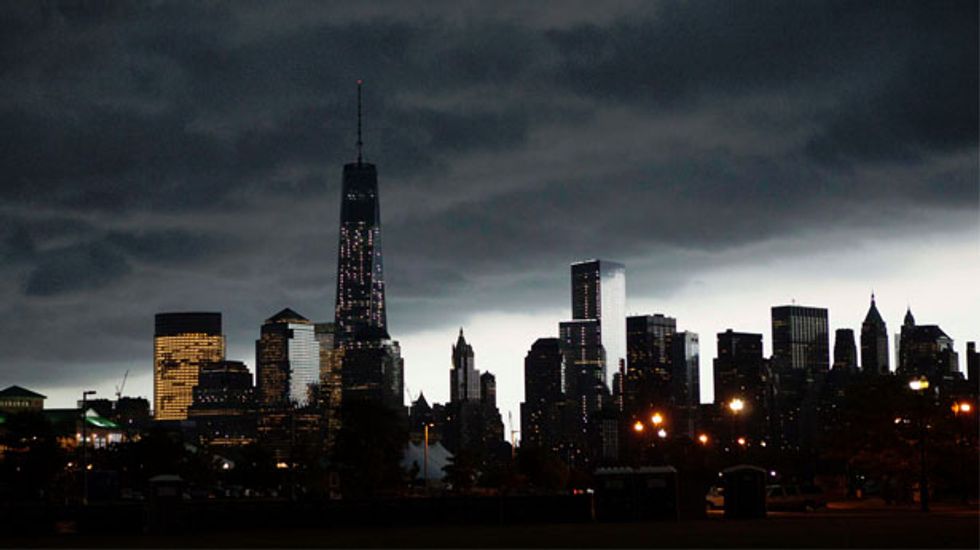 New York (Reuters) - Lower Manhattan’s economy is set to take-off. New shopping centers, hotels and food courts are opening in the area that looked more like a war zone after the attacks on September 11, 2001.

The massive developments are bringing back jobs lost as a result of the attacks on the World Trade Center, which killed 2,753 people. But many of the openings, for everything from fast food servers to shop assistants and housekeeping staff, are going to be paying little more than the city's $8 an hour minimum wage, with few benefits.

Employers complain that hiring staff with the necessary skills and attitude is difficult. The workers say that isn't surprising given they aren't offering the kind of compensation needed to build a life in New York City.

"This is the challenge for us all, isn't it?" said Andrew Breslau, a spokesman for the Downtown Alliance, a research and advocacy organization that promotes development of Lower Manhattan. "Job growth and making sure that a rising tide floats all boats is what keeps New York strong."

A lot of construction work is still underway in the area, with the noise of drills and heavy equipment reverberating off the high rises around the World Trade Center site. Thousands of tourists throng the 9/11 Memorial, which is built within the footprints of the twin towers, and the nearby 9/11 Memorial Museum.

Some $30 billion in private and public money was poured into the rebuilding effort, Breslau said. More than 1.55 million square feet of new retail space is expected to open in the next two years. The biggest developments yet to open include the World Trade Center buildings, Pier 17 at the South Street Seaport, and the Fulton Street Transit Center.

Some 16,000 private-sector jobs have been added to the Lower Manhattan economy since 2005, more than half of those in the past two years, according to the alliance.

That hasn't yet made up for the job losses suffered after 9/11 and the financial crisis as about 58,000 private sector jobs disappeared in the area as a result of those events, but with the new developments opening and more office workers moving downtown the gap could close quickly.

The hiring is helping cut the New York state joblessness rate, which fell to 6.6 percent in June from 6.7 percent in May, its lowest since November 2008, the state's department of labor said on Thursday, though that is still above the national rate of 6.1 percent.

But the jobs recovery includes a lot of low-paid and part-time jobs.

And U.S. Federal Reserve Chairman Janet Yellen has expressed concern about low growth in wages and its impact on consumer spending. Real wages, she says, have been lagging productivity growth, which has redistributed income to capital and away from labor.

Many of the workers at the recently opened Hudson Eats Food Court in Brookfield Place (which used to be known as the World Financial Center) say they are receiving $9 to $10 an hour.

"They start you at $9, but I should get more than that," said Charlene Pacheco, a shift leader at the Num Pang sandwich shop. "I know my worth, but it is what it is. You got to do what you’ve got to do."

The food court staff represent a cross section of the city's formerly jobless and underemployed. Some had been out of work for several months. Others needed a second job to make ends meet.

Joseph Fontanez, a chef at the Little Muenster café, said he was out of work for six months before scoring his job after two dozen applications and 15 interviews. He has a two-year-old daughter to support and shares a house with his mother and brother on Staten Island.

"A lot has changed for me in the past two weeks," he said. "I've been here two weeks and I've already got another job opportunity here in the food court. I need the extra job."

For others, getting extra hours is key to supporting a more artistic career - which is a typical New York phenomenon.

"I’m an actor so I kind of pick up a lot of gigs," said Jackie Rivera, a Barista at the Blackseed Bagel, who makes $10 an hour plus tips. "It seems to have been easier recently for me to just pick up jobs."

While some employers are wary of hiring the long-term unemployed, many are more interested in attitude.

"We don't really ask about how long they've been unemployed. I care more about the feeling I get from that person at that moment, and not so much about what happened before,” said Eric Ortega, manager of Dos Toros Taqueria Mexican fast food restaurant in the food court. "One thing we always try to look for is that people are willing to learn."

Adrian Bruyiere, manager of the Tartinery, a French sandwich restaurant, said he prefers to find staff through friends.

"If I put an ad on Craigslist or an agency, they don’t send people I can work with," he said. "We don’t pay a lot but we try to give a nice atmosphere to work. They can get their lunch. They don’t work too many hours.”