Maher to Neil deGrasse Tyson: Republicans hate you for being black and smarter than them 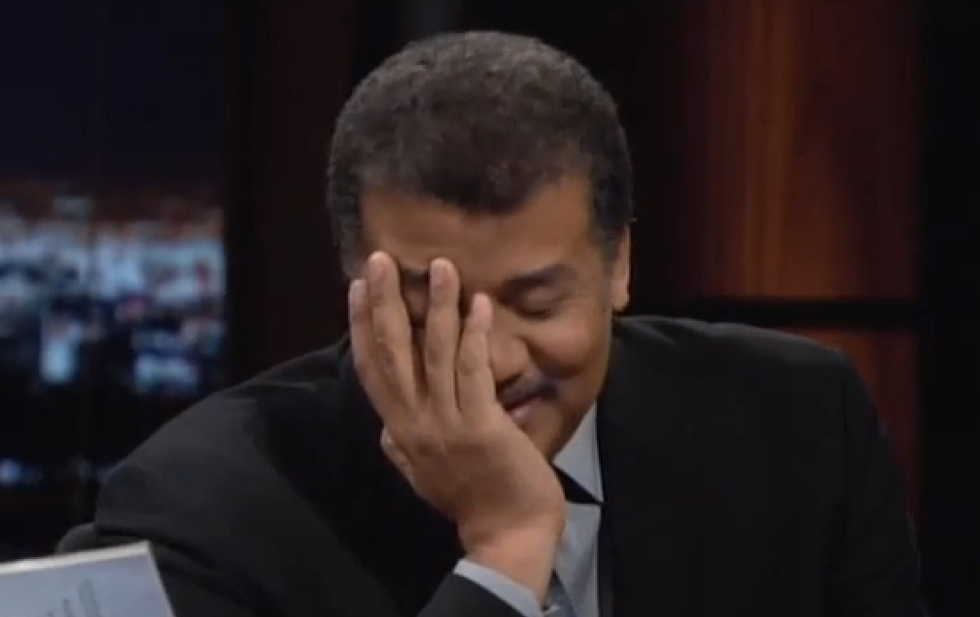 Friday night on HBO's Real Time with Bill Maher, Maher asked astrophysicist Neil deGrasse Tyson why it is that Republicans seem to dislike him so much.

As evidence, Maher showed Tyson the National Review Neil deGrasse Tyson cover story called "Smarter Than Thou," in which writers for the conservative news organ bemoaned the burgeoning "puffed-up 'nerd' culture" in the U.S. as people speak out on behalf of science and against religious quackery and superstition.

Maher opined that Republicans dislike Tyson because "you're a scientist and you're a black one" and it upsets them that Tyson is demonstrably "smarter than they are, so it's terrible, it's like Obama: a black person taking a white person's job because they're better at it, how dare he!"

Tyson said, "There appears to be some jealousy that the 'nerd' set, the geek set tends to vote Democrat and I think they want some of those geeks."

"I didn't get that," Maher said. "I think one thing that they really don't like something that 'Cosmos' gets at almost every week, is that we are very insignificant. And somehow this offends them, which seems stupid."

Insignificance could "depress you, sure," said Tyson, but if you look more deeply, he said, you see how everything is connected.