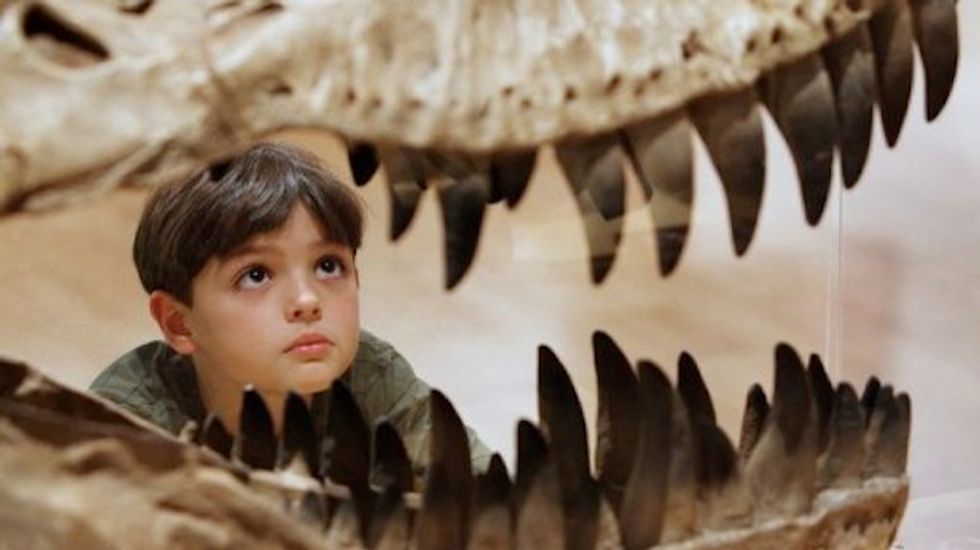 RALEIGH N.C. (Reuters) - A man and woman caught on video swiping a baby dinosaur replica from a North Carolina museum have turned themselves in, and the roughly foot-long model valued at $10,000 was recovered, state officials said on Friday.

The pair has been charged with felony theft after being accused of stealing a duck-billed dinosaur model from the North Carolina Museum of Natural Sciences in Raleigh and other items from the state's nearby Museum of History on Monday.

Logan Todd Ritchey, 21, of Raleigh, and Alyssa Ann Lavacca, 21, of Holly Springs, who were shown in security camera footage released as part of the investigation, turned themselves in on Thursday, North Carolina State Capitol Police said.

They face charges of theft or destruction of property from museums, police said.

Public safety officials said an unidentified man dropped off a bag containing the stolen dinosaur replica at the science museum after it had closed on Wednesday.

The scientifically accurate model of a baby Edmontosaurus was custom-made of museum quality polymer resin for an exhibit that depicts prehistoric life in North Carolina.

"I doubt these two individuals realized the seriousness of tampering with artifacts and exhibits in a public museum," said the capitol's Police Chief Glen Allen.