Man checks into hospital for bleeding, stomach pain and finds out he's on his period 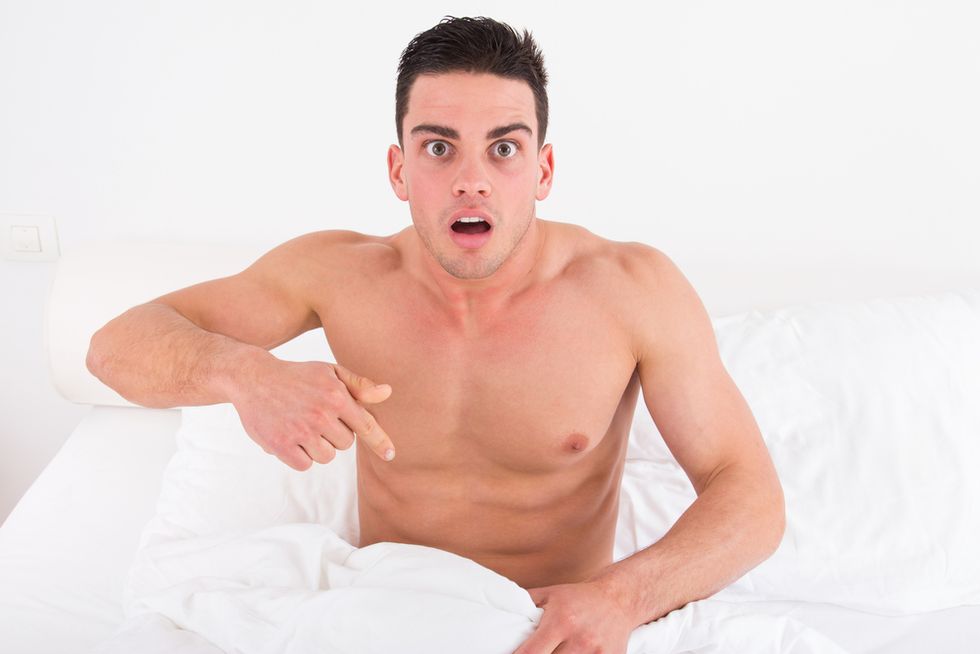 A 44-year-old man in China's Zhejiang province checked into Yongkang hospital with stomach pains and blood in his urine only to find out that he is intersex and had begun to menstruate.

According to Yahoo! Taiwan, the man, named Chen, found out after a CAT scan that he has a complete set of female reproductive organs. Genetic tests revealed that he also had XX sex chromosomes rather than XY, meaning that he is genetically female.

The International Business Times reported that Chen, upon closer inspection, was lacking secondary sex characteristics like an Adam's apple, and that his genitals were neither male nor female, but "indeterminate."

"He had short hair and was dressed in man's clothes. We did not realize he was a female at first," a Dr. Zhou told the Global Times.

Chen, who arrived at the hospital with his wife of 10 years, was diagnosed with congenital adrenal hyperplasia (CAH), a set of genetic mutations that causes overproduction of the male sex hormone androgen and an inability to produce certain other hormones.

Baby girls born with CAH can have genital configurations that more closely resemble those of a male baby. Chen lived with the condition undiagnosed for his whole life. Over time the hormone imbalance contributed to a tumor on Chen's adrenal glands, which doctors removed.