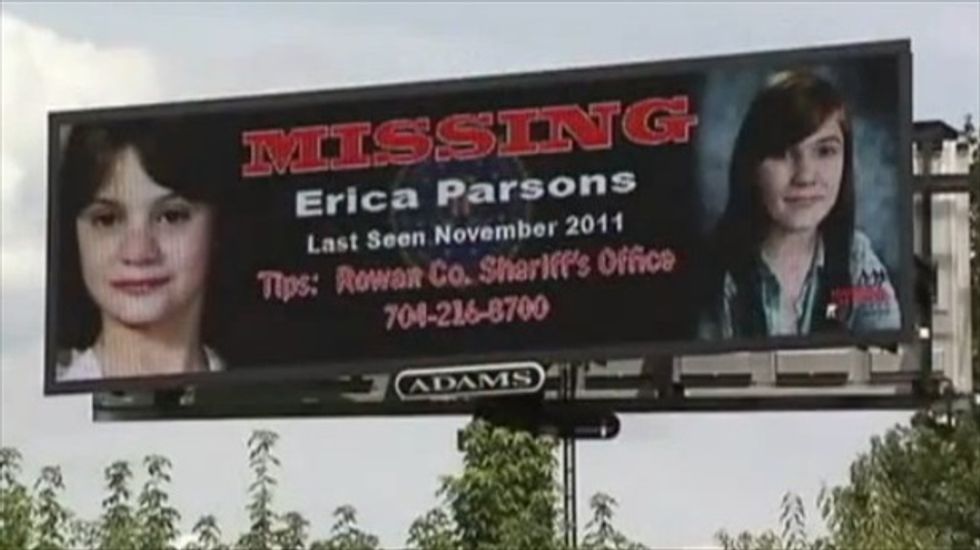 Federal prosecutors accused Casey and Sandy Parsons of taking Medicaid, Social Security, food benefits and adoption assistance for their adopted daughter, Erica Parsons, despite her going missing in November 2011. They are also accused of listing the girl as a dependent in documents filed with the Social Security Administration in August 2012 and June 2013, as well as collecting $12,680 from the Cabarrus County Department of Social Services for adoption assistance between January 2012 and August 2013.

WSOC-TV reported that the suspects shoved reporters away as they exited the federal courthouse in Winston-Salem following their appearance. Sandy Parsons can be seen swatting at one reporter's microphone after getting into a car. The suspects were released on a $25,000 bond and have been placed on house arrest. They are also required to wear electronic monitoring bracelets.

According to the indictment (PDF) against the Parsons, they gained custody of Erica Parsons in March 1999, after her biological parents, Carolyn Parsons and Billy Dean Goodman, gave up their parental rights. The adoption was approved by Cabarrus County officials 11 months later.

Social services workers in nearby Rowan County, however, investigated the suspects in June 2004 after receiving reports that they were abusing the girl. Within a month, Casey Parsons reported that Erica Parsons was living with her sister. The case was closed that November, and Erica Parsons moved back in with her adoptive parents in March 2005.

But Erica Parsons' disappearance did not come to light until July 30, 2013, when one of her adoptive brothers, identified by federal officials as "J.W.P," told sheriff's officials in Rowan County that he last saw her on "an unknown date in or about November or December 2011," nearly a year since the last time she saw her biological mother.

The suspects have blamed Erica's disappearance on a woman they identified as Irene "Nan" Goodman, her biological grandmother. They have argued that the girl went to live with Goodman and never returned. But investigators have rejected that explanation, saying Goodman never existed.

A month after the girl's disappearance, Casey and Sandy Parsons appeared on the syndicated Dr. Phil Show. During the episode, a polygraph test called Sandy Parsons' statements regarding her "deceptive." But polygraph exams are not admissible in North Carolina courts.

The reward for information on Erica Parsons' whereabouts is currently at $50,000. She would now be 16 years old. Meanwhile, her biological mother told the Observer she went outside and screamed in happiness after being told about the suspects' arrest.

"Hopefully, this teaches them that they're not untouchable," Carolyn Parsons was quoted as saying.

Watch WSOC's story on Casey and Sandy Parsons' arrest, as aired on Wednesday, below.