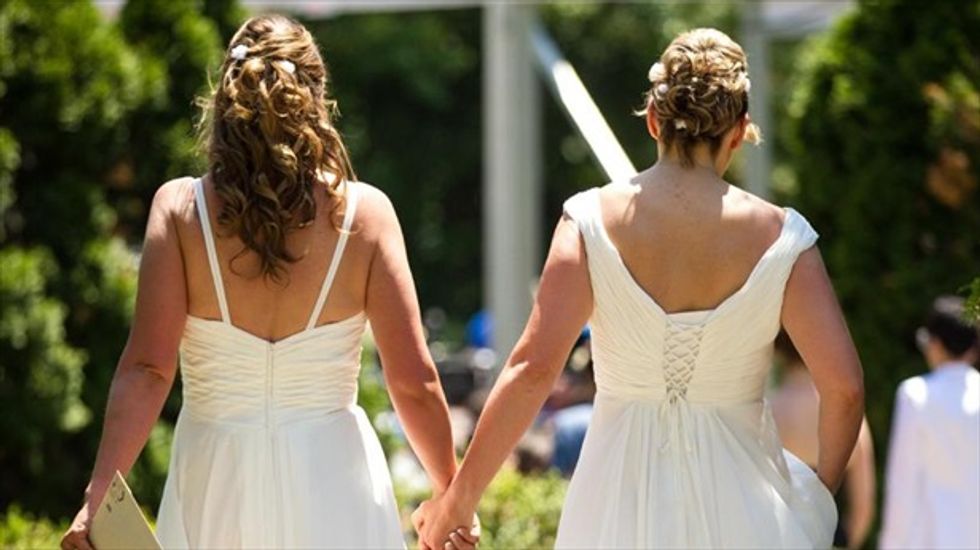 KANSAS CITY Mo. (Reuters) - A Missouri church worker sued the Catholic diocese in Kansas City on Thursday claiming she was wrongfully fired from her salaried position as a pastoral associate after her marriage to another woman was mentioned in a local newspaper.

It states that Colleen Simon's same-sex marital status was known and accepted when she was hired to run a food pantry and oversee other social outreach efforts, but was used as a reason to fire her after it was publicized.

"I was very honest with them about who I was and who I was married to," Simon, 57, said in an interview.

The actions of both the diocese and Finn are already the subject of scrutiny. Finn was convicted in 2012 of failing to alert authorities to child pornography found on the church computer of a popular priest. Finn was sentenced to two years probation and critics have called for his ouster.

Simon went to work for the diocese in July 2013 for a $35,000 annual salary and health benefits, which she said were crucial as she has suffered from cancer and needs ongoing medical monitoring.

Simon is the mother of two sons and was legally married in Iowa in May 2012 to a female pastor at a Kansas City Lutheran church.

Simon said she told diocese officials of her same-sex marriage before they hired her and was assured it was not an issue. But on May 14 she was fired and was told it was because of a local newspaper article that mentioned both her food pantry work and her same-sex marriage, the lawsuit states.

There was no immediate comment on the lawsuit from the diocese or Bishop Finn.

The lawsuit by Simon comes just a few months after Finn and the diocese settled litigation filed by parents of children who were victimized by Father Shawn Ratigan.