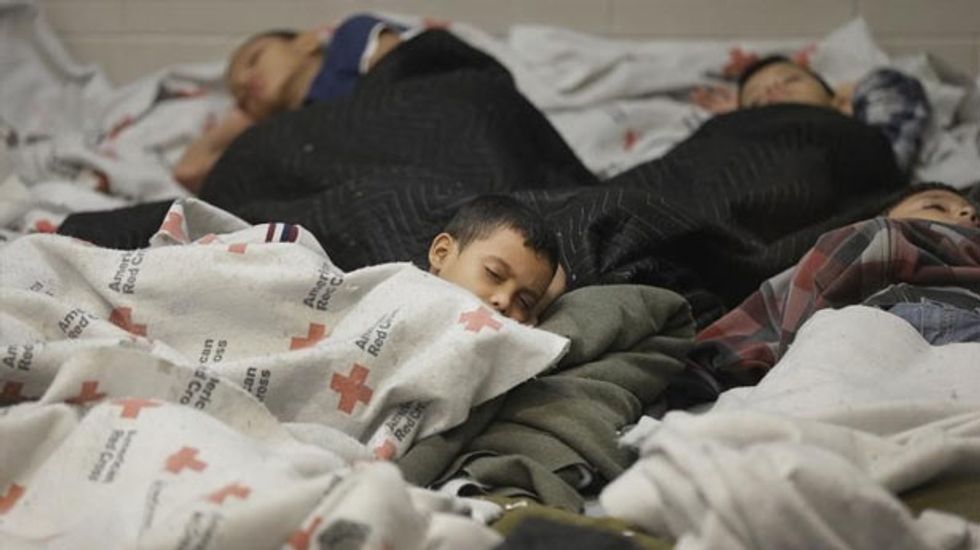 (Reuters) - Some 70 percent of Americans think the United States should provide temporary support and housing for unaccompanied Central American minors who illegally cross into the country while their cases undergo review, according to a poll released on Tuesday.

Across political leanings and religious backgrounds, most Americans believe the recent influx of immigrant children should be treated like refugees if authorities think they cannot be returned home safely rather than face immediate deportation, according to the poll by the Public Religion Research Institute.

The findings come as the United States struggles to cope with a mounting influx of newcomers, mostly from crime-plagued Honduras, El Salvador and Guatemala. The rush of people is overwhelming immigration resources and leading to scattered protests from people angry at the government for housing border crossers in their communities.

Democrats and youth were most compassionate toward the immigrant children, with roughly 80 percent of both groups saying the government should support them until their cases are fully reviewed. Seniors, white Protestants and Republicans were the least welcoming, though all groups showed majority support.

Roughly 80 percent of those polled considered the spiking numbers of unaccompanied children crossing the U.S. border in recent months a serious problem or crisis, compared to just one in five who thought it was only a minor problem.

Despite broad agreement on the issues surrounding unaccompanied minors, there was a growing view that immigrants hurt the country by taking jobs, housing and healthcare services meant for U.S. citizens.

In the most recent round of polling, 42 percent of respondents considered immigrants a burden, up from 35 percent earlier in the month. And only 49 percent believed that immigrants strengthened the country, down from 55 percent at the start of the month.

"There is evidence that recent events are impacting what Americans think about immigrants generally," said Daniel Cox, PRRI Research Director.

There was still majority support however for legislation that would open a path to citizenship for illegal immigrants, with 58 percent of those polled backing such a policy.

The poll surveyed 1,026 adults in the month of July, with a margin of error of plus or minus 3.1 percentage points.