Mother of U.S. Marine jailed in Iran pleads for her son as nuclear talks are extended 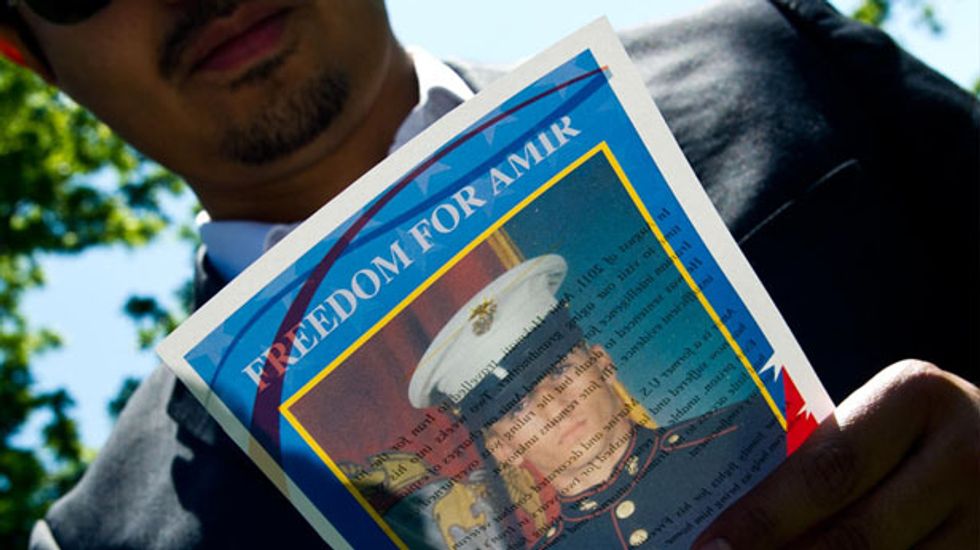 The mother of a former US Marine imprisoned in Iran on espionage charges pleaded for President Barack Obama to seek his release, as the rival nations seek a historic nuclear deal.

In a letter released just as the United States, Iran and five other powers late Friday agreed to extend a temporary deal on Tehran's nuclear program, the mother of Amir Hekmati asked Obama to take advantage of the cooperative atmosphere to press her son's case.

"This is a historic time for Iran and the United States. I plead that you do not forget... Amir, his service, his beautiful smile and his zeal for life," Behnaz Hekmati, a naturalized US citizen born in Iran, wrote in the letter.

Calling her stress "nearly unbearable," Hekmati said her husband was "gravely ill" with terminal cancer and recently suffered a stroke.

He "wants nothing more than to see his son once again," she wrote.

Iran arrested the US-born former Marine in August 2011, saying that he was trained in Iraq and Afghanistan as a spy. He was sentenced to death, but the penalty was overturned and he was handed a 10-year prison term.

His family denies the espionage allegations, and says that Hekmati, who turns 31 later this month, was merely visiting relatives in Iran.

Obama raised the case of Hekmati and two other Americans during a landmark telephone conversation last year with Iran's reform-minded president, Hassan Rouhani.

Iran and the United States broke off diplomatic relations in the aftermath of the 1979 Islamic revolution but have held increasingly frequent talks as they work on an agreement to address international concerns over the clerical regime's nuclear program.

Representative Dan Kildee, a member of Obama's Democratic Party whose Michigan district was Amir Hekmati's home, said he has a "difficult time" accepting assertions that progress is being made with Iran so long as his constituent is imprisoned.

Obama's pursuit of diplomacy with Iran has faced wide criticism in the US Congress, especially from the rival Republican Party, and from Israel.