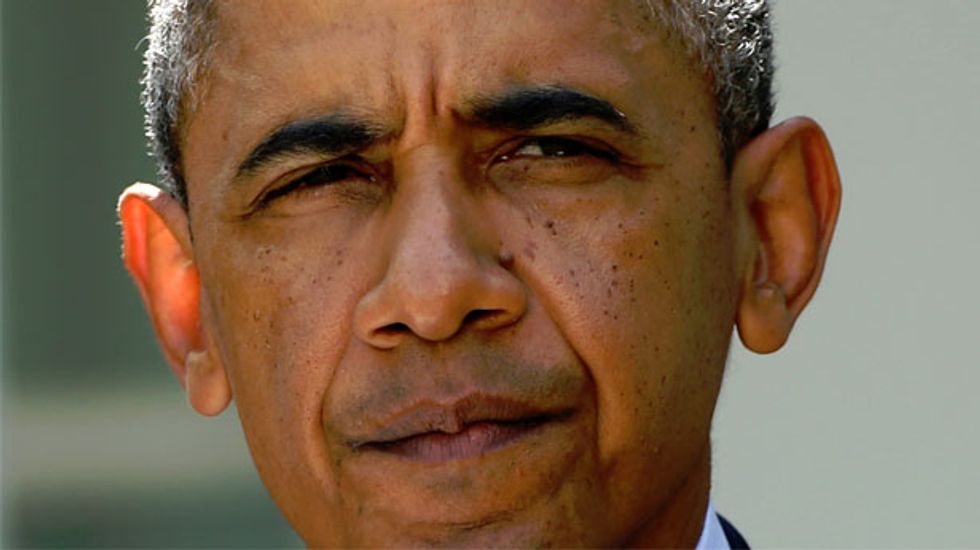 WASHINGTON (Reuters) - U.S. President Barack Obama told Chinese President Xi Jinping on Monday he wants U.S.-Chinese relations defined by more cooperation and a constructive management of differences during a phone call in which Iran and North Korea were discussed.

Escalating tensions between China and some countries in the South China Sea and with Japan in the East China Sea, as well as U.S. charges over hacking and Internet spying, have provoked anger on both sides of the Pacific in recent months.

A White House statement about the Obama-Xi conversation did not get into the details of U.S.-Chinese tensions. It came after two days of talks in Beijing that were an opportunity for the world's two biggest economies to lower tensions after months of bickering over a host of issues.

Obama and Xi have tried to develop a working relationship over the past year, meeting for two days in June 2013 at a retreat in the California desert and, more recently, chatting in March at The Hague on the fringes of an international summit.

However, their talks have done little to resolve festering issues in the Asia-Pacific region. The statement suggested the two leaders would seek to work together when they can despite their disagreements.

"The president reaffirmed his commitment to developing a relationship defined by increased practical cooperation and constructive management of differences," the White House said.

China's official Xinhua news agency said Xi told Obama that the two countries should continue to meet each other half way and keep strengthening cooperation on key issues like climate change.

Obama told Xi he looked forward to seeing him at an Asia-Pacific summit in Beijing in November.

The White House statement said Obama stressed to Xi the need for communication and coordination on actions with China to ensure North Korea meets its denuclearization commitments.

Last week, North Korea launched short-range missiles that were in defiance of a U.N. ban that prohibits Pyongyang from using or procuring ballistic missile technology that could be used in its nuclear or intercontinental ballistic missile programs.

Xinhua said only that the two leaders "exchanged views" on the situation on the Korean peninsula.

The two leaders also reviewed efforts to persuade Iran to agree to a nuclear agreement by a July 20 deadline. The White House said the two leaders "discussed the need for continued U.S.-China cooperation" in the ongoing international negotiations between Iran and six world powers.

"The president underscored the need for Iran to take the steps necessary to assure the international community that its nuclear program is exclusively peaceful," the statement said.

China and Iran have close energy and trade ties, and Beijing has repeatedly resisted U.S.-led demands to impose tougher economic sanctions on Iran to curb its nuclear ambitions. Iran says it is enriching uranium for peaceful energy purposes only.

Xi said that China was willing to work with the United States to ensure a comprehensive, lasting solution, despite the difficulties that still needed to be overcome, Xinhua reported.