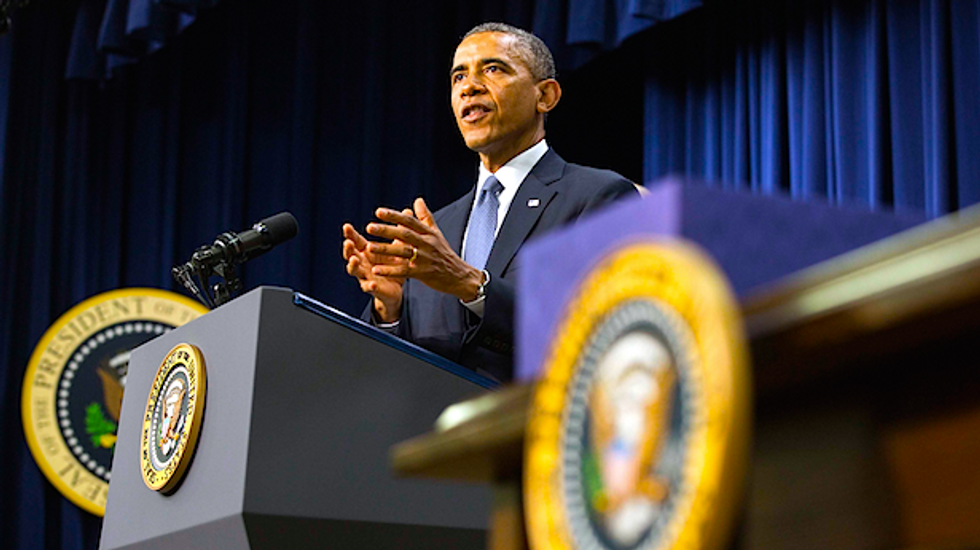 U.S. President Barack Obama will call on Thursday for an end to a corporate loophole that allows companies to avoid federal taxes by shifting their tax domiciles overseas in deals known as "inversions," White House officials said.

Obama will make the comments during remarks about the economy at Los Angeles Technical College. The president is in California on a three-day fundraising swing for Democrats.

So-called inversion deals occur when a U.S. company acquires or sets up a foreign company, then moves its U.S. tax domicile to the foreign company and its lower-tax home country.

Nine inversion deals have been agreed to this year by companies ranging from banana distributor Chiquita Brands International Inc to drugmaker AbbVie Inc and more are under consideration. The transactions are setting a record pace since the first inversion was done 32 years ago.

Several Democrats have offered bills to curb inversions, which let companies cut their taxes primarily by putting foreign earnings out of the reach of the Internal Revenue Service.

Obama will throw his weight behind the Democratic bills, calling for a rule change that would deem any company with half of its business in the United States to be U.S.-domiciled.

The proposed changes, already put forward in Obama's annual budget, would be retroactive to May of this year and implemented independently of moves to achieve broader tax reform.

"We have seen increased activity from companies in the inversion space and as a result the president's view ... is that we should be acting as quickly as possible," a White House official told reporters on a conference call.

"That will buy us more time and space to ... reform our tax code as a whole."

Republicans prefer a change to inversions to be part of an effort to reform the U.S. tax code.

The White House supports broad tax reform but argues that action on inversions is needed now.

"We can't afford to wait to reform our tax code completely to deal with inversion," the official said, adding that such deals would cost the United States an estimated $17 billion in revenue over the next decade.