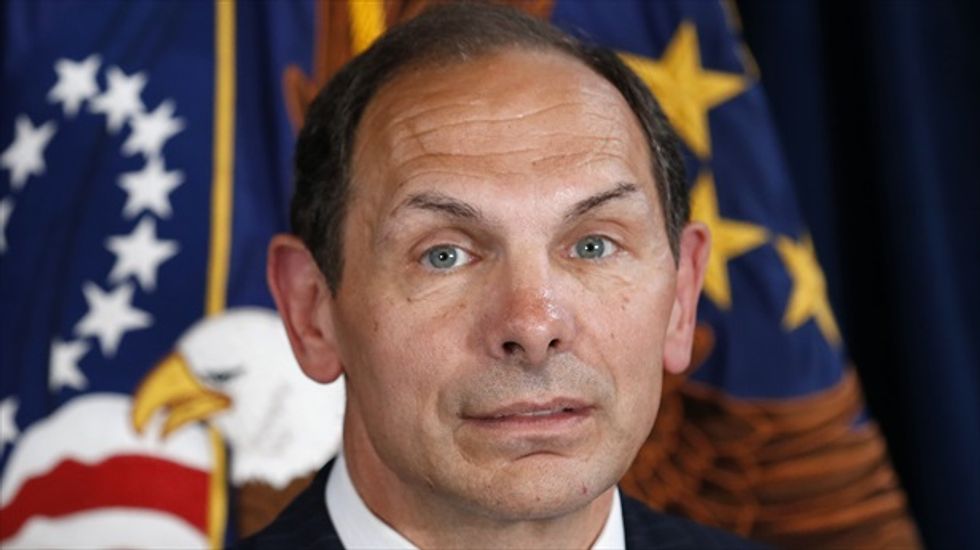 WASHINGTON (Reuters) - U.S. President Barack Obama's nominee to fix the Department of Veterans Affairs pledged on Tuesday to bring corporate-style discipline and accountability to the troubled agency plagued by healthcare delays and accusations of mismanagement and fraud.

Bob McDonald, the former chief executive officer of Procter & Gamble Co, the world's largest manufacturer of household products, told the Senate Veterans Affairs Committee that he would work to reorganize the VA to deliver care more efficiently to veterans.

In a confirmation hearing brimming with corporate management buzzwords, McDonald said he would immerse himself in the VA's operations and devise ways to focus each of the department's 341,000 employees on its core mission of serving veterans.

"In order to retain the trust of the American people, and most importantly, veterans, we must ensure every employee has an action plan in their annual performance review that rolls up to the strategic plan and the mission of the department," he said.

He also told senators he would give them his cellphone number and encouraged them to use it, adding that as P&G's CEO, his phone was turned on "24 hours a day."

McDonald, 61, was nominated to replace Eric Shinseki, who resigned as VA secretary in late May amid a scandal over the coverup of delays in scheduling medical appointments at dozens of VA hospitals and clinics across the country.

In Phoenix, doctors have said that some 40 veterans died as their names languished on secret waiting lists while officials misrepresented wait-time data to meet targets for bonus compensation.

Shinseki, a retired four-star Army general, had said that he had not been made aware of the wait-time problems until the scandal boiled over in the media this year, amid dozens of investigations by the VA inspector general.

Asked how he would avoid the same situation, McDonald said he would get out of the executive suite and visit many of the department's 1,700 facilities to help improve their communication with the Washington head office.

"You don't want people in your community lying. You don't tolerate them lying," he said.

There was no animosity from senators at the hearing, after which Senator Bernie Sanders, the chairman of the Senate Veterans Affairs Committee, predicted that McDonald would win confirmation in the full Senate by next week. Several senators implored him to use his business experience to change the VA's culture.

"You are about to take over a bankrupt corporation," said Senator Richard Blumenthal, a Democrat from Connecticut. "The threat is financial, but the real insolvency is in morality of management."

McDonald, who graduated from the U.S. Military Academy at West Point in 1975 and served five years as an Army officer, joined Procter & Gamble in 1980, working his way up the corporate ladder to become CEO in 2009. He retired last year.

He said the VA needed better forecasting of the demand for its services and promised to improve the department's information technology, including its archaic scheduling system.

[Image: Former Procter & Gamble Chief Executive Bob McDonald, an Army veteran, listens as U.S. President Barack Obama announces McDonald as his nominee to be the next secretary of veterans affairs at the VA in Washington June 30, 2014 file photo. By Kevin Lamarque for Reuters]