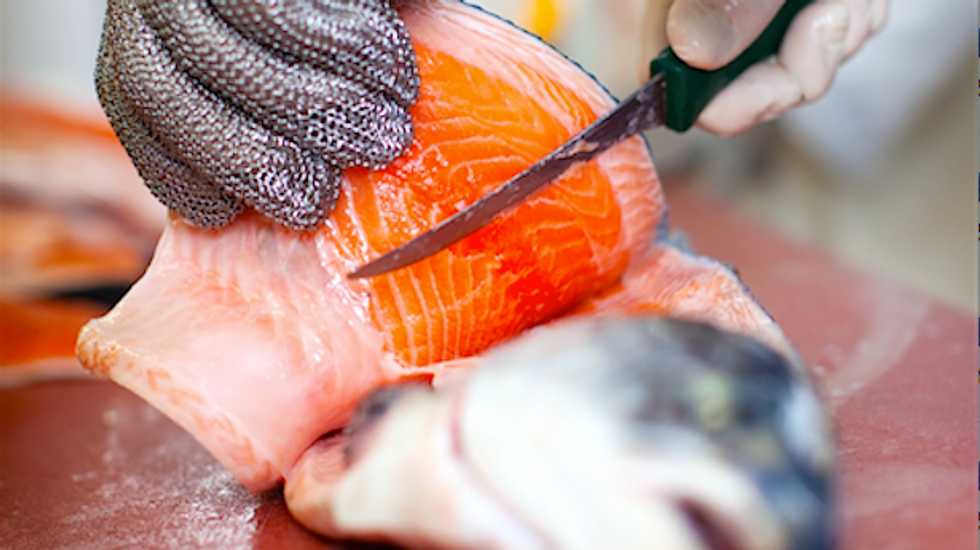 An eastern Ohio woman told police she was dreaming about filleting a fish when she awoke to find she had instead slashed her sleeping husband’s throat.

Judy Jones, of Dillonvale, was charged with attempted murder and aggravated assault after badly injuring her husband in the attack, reported WTOV-TV.

The couple’s 16-year-old daughter interrupted the attack early Saturday and called 911, and she later told police her mother had been threatening to kill 49-year-old Thomas Jones for about a year.

"He’s got stitches from almost (ear to ear) so we just have to wait for it to go through the court system,” said Jefferson County Sheriff Fred Abdalla.

The 44-year-old Jones eventually admitted she tried to kill her husband, police said.