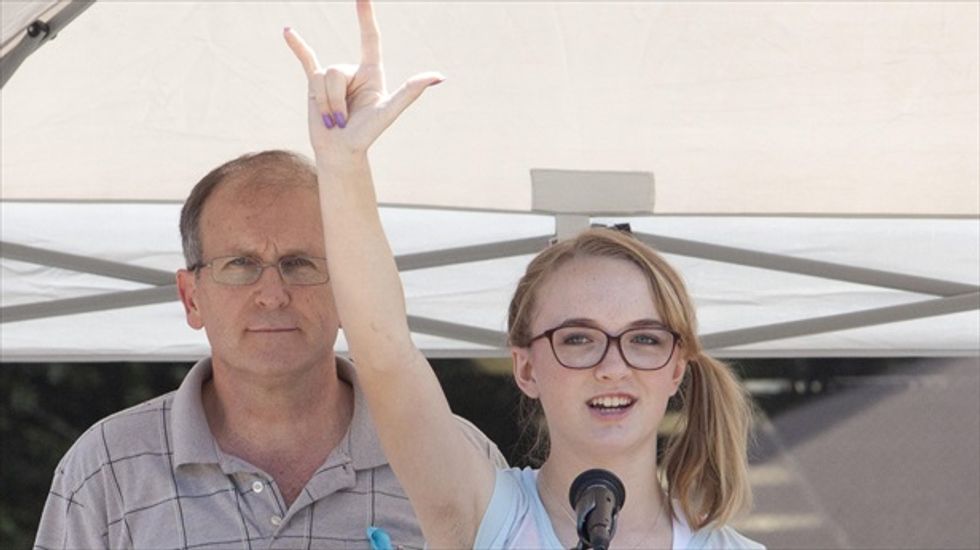 DALLAS (Reuters) - An online campaign has raised nearly $300,000 for Cassidy Stay, the teenage survivor of a shooting attack in suburban Houston last week in which her parents and four siblings were killed.

The "Stay Family Tragedy - Cassidy Stay Fund" campaign on GoFundMe.com is meant to help with funeral, medical and other expenses.

"We have marveled at ... her courage to act to save the lives of other members of her extended family," reads a post on the site.

Cassidy Stay, 15, was injured in the attack at her family home in the Houston suburb of Spring last week.

Police said Ronald Lee Haskell, 33, entered the Stay house posing as a delivery man and searching for his former wife, the sister of Cassidy's mother. He then shot members of the family execution style, authorities said.

Cassidy suffered a glancing shot to her skull and played dead until the gunman left, police said.

She then called the 911 emergency number, alerting them that the gunman was looking to kill more relatives nearby. Police intercepted him before he arrived.

She was released from a hospital on Friday and addressed a memorial on Saturday, wiping away tears but smiling as she spoke of her parents, Stephen Stay, 39, and Katie, 33, and her two brothers and two sisters, aged 4 to 14.

"I know that my mom, dad, Bryan, Emily, Becca and Zach are in a much better place and that I’ll be able to see them again one day," Cassidy said.

[Image: Cassidy Stay stands with her grandfather Roger Lyon (L) as she addresses the crowd during a memorial service for members of the Stay family who were murdered in their home Wednesday, in Spring, Texas July 12, 2014. By Dan Kramer for Reuters]