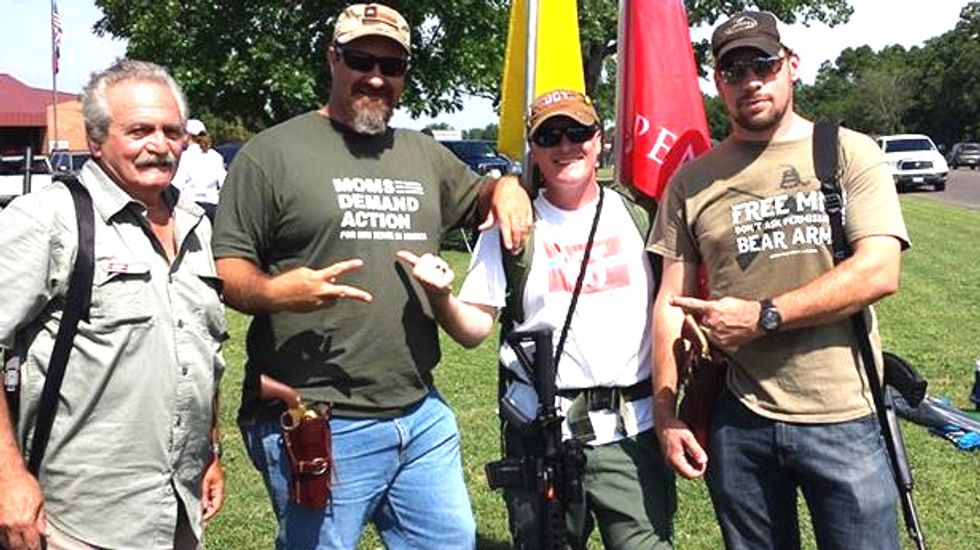 "We are not going to be marching through 5th Ward," OCT founder CJ Grisham said, "we're going to hopefully be marching with 5th Ward."

Despite claiming to be a peaceful group interested in protecting the rights of gun owners, the patch for the event (pictured below) includes the death's head symbol from Marvel Comic's infamously violent vigilante, "The Punisher." According to Wikipedia, Frank "The Punisher" Castle "is a vigilante who employs murder, kidnapping, extortion, coercion, threats of violence, and torture in his war on crime." 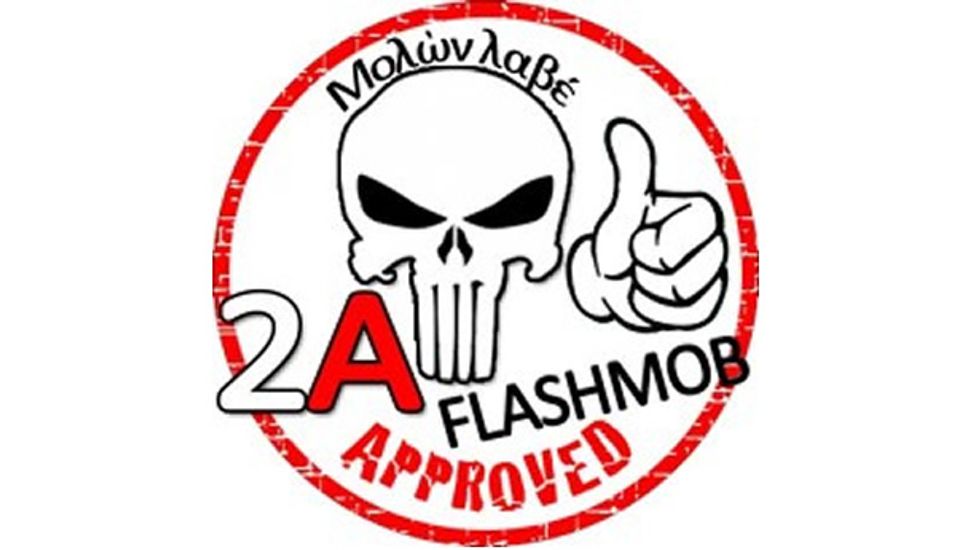 Open Carry Texas, however, claims that its march will be protesting racist requirements against gun ownership in the state, noting that it costs over $250 in fees to purchase a concealed handgun, and that 27.1 percent of people in the African-American community live below the poverty line. Moreover, the state also disqualifies anyone convicted of a Class B misdemeanor or higher from acquiring a concealed carry permit, and members of the African-American community are seven times more likely than their white counterparts.

"Much like the Jim Crow laws of the past, Texas gun laws seem geared towards preventing the minority community from exercising their rights," wrote the author of a post about the event on Ammoland. "Open Carry Texas is dedicated to abolishing these racist and xenophobic gun laws as quickly as possible."

One of the members of the African-American community participating in the event, Mr. Maurice Muhammad, went on Facebook yesterday to criticize coverage of it.

"[I]t appears that some aspect of the white lying media machine has taken the chance to try and slaughter my character and all the work I have been doing and will continue to do in the name of freeing our people," he wrote. "I had OCT on our radio program and our callers asked questions and they were answered and none of the questions were ducked. I have found them to be true to what they believe as far as gun rights is for everybody."

"They want to teach Black people what are our right as far as guns in Open Carry Texas," he continued. "They are coming but they are not marching through Ward 5 it will be a day of education. We must have our own business, our own school, our own reality just as we have had in the past. We must stop the police brutality that is running wild we must stop the black on black crime going on and the abuse of our women and children...so that means we must have a MILITIA."