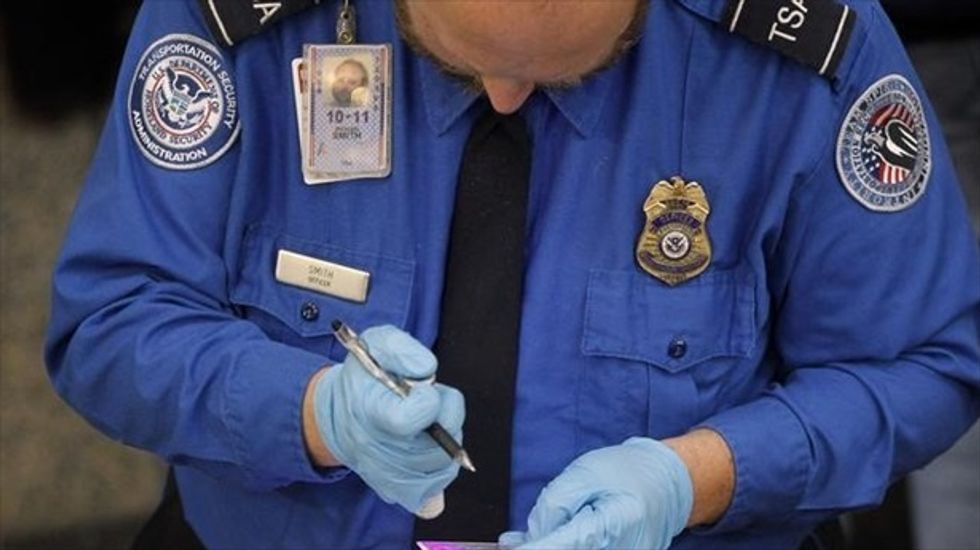 ORLANDO Fla. (Reuters) - Federal security officers at Orlando International Airport were getting a geography lesson this week after one failed to recognize the nation’s capital as part of the United States.

The incident occurred over the weekend at the airport security checkpoint when an officer for the U.S. Transportation Security Administration initially refused to accept a passenger’s District of Columbia driver’s license as a valid form of identification, and asked for a passport.

Unfortunately for the TSA, the passenger happened to be a Washington, D.C.-based reporter for Orlando ABC affiliate WTSP which aired a story detailing the incident on Tuesday, attracting more media notice.

WTSP declined to comment to Reuters, and the TSA also had little to say about the incident on Wednesday.

“A valid Washington, D.C., driver's license is an acceptable form of identification at all TSA checkpoints,” according to a written statement from spokesman Ross Feinstein.

The reporter, Justin Gray, said in his broadcast that the officer told Gray he didn’t recognize the District of Columbia driver’s license before requesting a passport. Gray, who wasn’t traveling with his passport, said he queried the officer.

“’Do you not know what the District of Columbia is? Washington, D.C.?’ After some back and forth, it became clear he didn’t,” Gray said.

Gray said he finally made it through security and complained to a TSA supervisor.

Gray said a TSA spokesman told him that all officers at the Orlando airport will be shown a DC driver’s license.

TSA agents, who are trained to detect fraudulent documents, check various forms of identification -- including hundreds of federal, state, and international IDs of more than 1.8 million passengers at 450 airports nationwide daily, according to agency figures.

A national capital distinct from the states, which came to be called the District of Columbia, was provided for in the U.S. Constitution so that the government could take charge of its own security and needs. Its boundary, name and name of its city - Washington - were established in 1791-92 during George Washington’s presidency.

[Image: A Transportation Security Administration (TSA) agent uses a special light to check the authenticity of a traveller's driver's license at Ronald Reagan Washington National Airport in Washington on Nov. 24, 2010. By Jason Reed for Reuters]