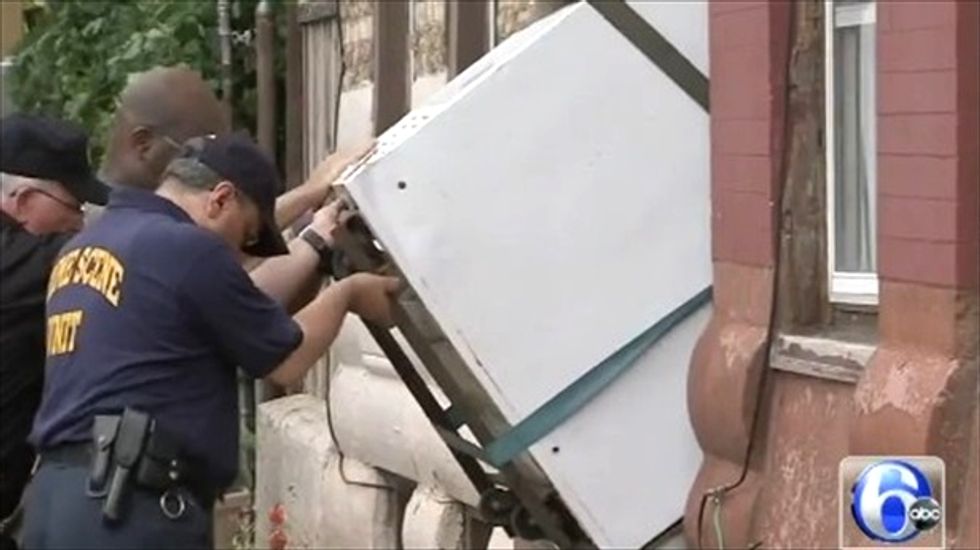 Police in Philadelphia are looking for a 58-year-old man who allegedly hid his mother's body in a freezer after her death for months while taking advantage of her Social Security benefits, WPVI-TV reported on Tuesday.

A vehicle belonging to William Carrasquillo was towed away from the residence he shared with his mother, identified as 83-year-old Andrea Carrasquillo. Authorities also seized the freezer containing her body. The cause of her death has not been determined.

Besides his car, Carrasquillo's personal belongings were also found at the residence. Both WPVI and WCAU-TV cited unnamed sources in reporting that Carrasquillo allegedly collected his mother's Social Security checks while keeping the body hidden.

KYW-TV reported that William Carrasquillo's mother-in-law, Tia Ramos, told police she believed the body had been kept in the freezer since January, based on a phone call with her daughter.

"She said that her daughter, Cynthia, received a phone call from William saying that he did a big mistake, he did something really bad," said Vanessa Feistevole, a neighbor who acted as a translator during Ramos' statement to police. "The daughter questioned him and said, 'What did you do?' And he said, 'My mother fell, and she died instantly. And I put her in the freezer in the basement.'"

Watch WPVI's report, as aired on Tuesday, below.