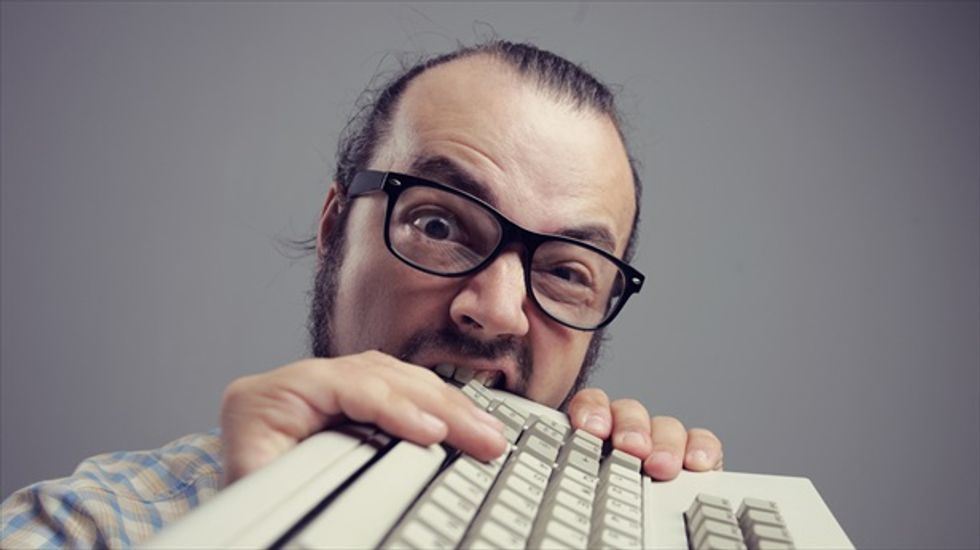 Jeremy Scott "Silo" Walters was charged with computer trespass and cyberstalking for harassing the woman, who paid him $60 in June 2011 to transfer files from an old computer -- including several nude photographs -- to a new one.

Authorities said in a court document that the suspect "advertises himself on the Internet as a web designer, photographer, graphic designer, podcaster, artist and an 'a*shole.'"

The Seattle Post-Intelligencer reported that the 10-minute procedure was the last interaction between the two until December 2013, when she received a phone call from a blocked number threatening to publish the photos online if she did not "play along."

After hanging up, the woman allegedly got a second call from the same number, threatening to "tie her up and rape her." She phoned authorities after hanging up and getting a third call, and also found that 24 nude pictures of herself had been posted on the unidentified "revenge" site. The photos were accompanied by a post, which prosecutors say Walters wrote, saying they had sex after he worked on her computer and calling her a "slut."

"The defendant did not gain financially, nor [were] his actions fueled by a relationship gone wrong," prosecutor Gary Ernsdorff stated in court documents. "It appears the defendant was simply being exceedingly cruel to an unknowing client, motivated only by a desire to hurt another person."

Walters also allegedly sent the picture to the woman's family and friends after beginning to harass her by the phone. The woman subsequently identified him to police, and he allegedly admitted to posting the material following a June 26 search of his residence, during which he led them to a hard drive containing the pictures.

The woman reported receiving harassing phone calls from other numbers, including one she recorded containing a threat to "gang rape" her. Authorities have reportedly identified at least one other suspect in connection with the harassment, who lives outside of Washington state.

Watch KCPQ's report on Walters' alleged activities, as aired on Thursday, below.