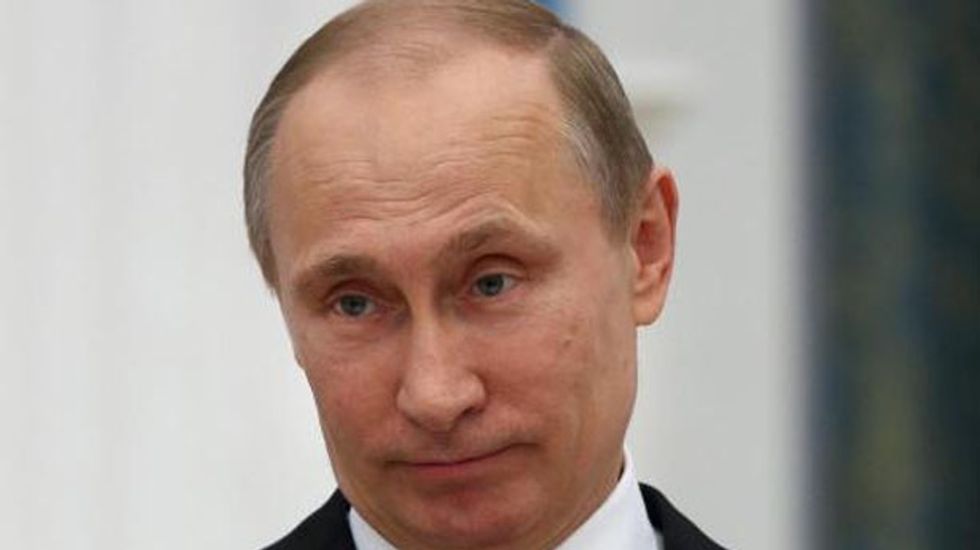 Russia risks burning bridges with the West over the deadly Malaysian plane crash in Ukraine, as analysts warn that President Vladimir Putin might never accept responsibility for the disaster.

Observers said Thursday's shooting down of a Boeing 777 with 298 people on board over Ukrainian territory held by pro-Kremlin rebels would have unpredictable political and economic consequences for Russia.

"We are witnessing a tectonic clash between Russia and the West," Yuly Nisnevich of the Moscow-based Higher School of Economics told AFP. "Russia's isolation will very much deepen."

Anger over the disaster has been directed largely at Putin, accused by the West of backing the separatist insurgency in eastern Ukraine that erupted after Moscow's seizure of the Crimean peninsula in March.

But the pressure on Moscow looked set to intensify, with Kiev and the West accusing it of providing Ukrainian rebels with the missile launchers that blasted the plane out of the sky.

US Secretary of State John Kerry on Sunday laid out what he said was "extraordinary circumstantial evidence" that the rebels hit the plane with weapons obtained from Russia.

US intelligence suggests that a sophisticated SA11 missile system was used to bring down flight MH17 as it flew at some 33,000 feet (10,000 metres) over Ukraine en route from Amsterdam to Kuala Lumpur, Kerry said.

Russia fiercely denies the accusations, claiming to be a victim of a propaganda war and suggesting Ukraine may be responsible for the crash.

Analysts say they doubt Moscow would ever agree with the conclusions of any international probe -- if and when it takes place -- that points the finger either at separatists or the Kremlin.

"I believe that Russia will continue to deny it is responsible even if there is evidence, especially indirect evidence as it will most likely be the case," Sergei Guriyev, a prominent Paris-based Russian economist, told AFP in emailed comments.

"If the investigation points at Russia, it would deal colossal damage to the country," added Yevgeny Gontmakher, an economist and member of the Civic Initiatives Committee think tank.

Irrespective of who is eventually assigned blame, analysts said the crash, capping the worst standoff in East-West relations since the Cold War, had already dealt Russia huge damage.

Australian Prime Minister Tony Abbott hinted Saturday that the Kremlin strongman would not be welcome at the next G20 summit in Australia in November if he does not cooperate over the investigation.

The warning came after Russia's G8 membership was suspended over its takeover of Crimea in March.

With the threat of new EU sanctions now on the table, British Prime Minister David Cameron said the West must "fundamentally change our approach" to Russia unless Moscow alters course in Ukraine.

Gontmakher said the gap between Russia and the West was widening dangerously, pointing to anti-Western official rhetoric and raging anti-US sentiment on national television.

"The situation will only get worse," he said, warning Russia could eventually find itself as isolated as Iran. "I am afraid we are moving in that direction."

Promoting Russia as an antithesis to the West has become a key Kremlin policy as Putin's approval ratings soared after Crimea's annexation, with dissident voices relegated to social media amid a persistent clampdown on dissent.

The crash of MH17 threatens to "become the beginning of the end for the Russian president," commentator Ivan Yakovina wrote for online news portal Novoye Vremya.

Some even drew parallels with the regime of late Libyan leader Moamer Kadhafi which became an international pariah after the 1998 bombing of Pan Am Flight 103 over the Scottish town of Lockerbie, at the cost of 270 lives.

Others played down the parallel, arguing that Russia's diplomatic and economic clout meant it would never be cut off entirely from the world stage.

Isolating Russia entirely would be difficult considering Moscow's permanent seat on the UN Security Council, and its faithful allies in Asia and Latin America, he argued.

"But on the other hand, there is absolutely no need for everyone including Venezuela and Myanmar to join an embargo against Russia," for it to inflict significant damage.

"Even China's neutrality will not save the situation."