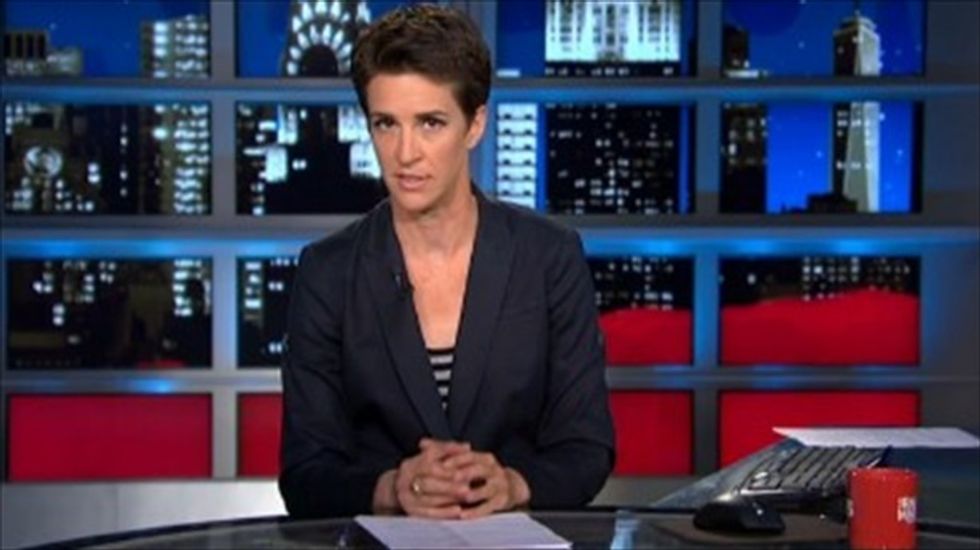 "His belief in slavery and segregation as divinely ordained? That was certainly sincerely held," Maddow said. "Certainly it was based in religion. But in his case, that was not enough to deprive people of their right to protections and rights that they were afforded under law. Now though, the court today said religion is all you need."

Maddow explained that in 1968, the high court ruled 8-0 against Bessinger in a lawsuit filed demanding that he desegregate his Piggie Park restaurant chain. The conflict began four years earlier, when he stood in the doorway of one of the restaurants to block a Black minister from eating there.

"Maurice Bessinger didn't just think that slavery was a good thing," Maddow said. "He thought segregation was Biblical. He came from the school of slavery, even, as a divine right -- a divine right for white people, and a not-so-bad situation for Black people. And the Civil Rights Movement and the end of segregation never changed his mind about that."

Bessinger, who died earlier this year at 83, continued distributing pro-slavery materials at his restaurant throughout his life, Maddow said.

Similarly, she said, a federal appeals court ruled in 1986 that Fremont Christian School, a private institution based out of California, did not have the right to bar female employees from receiving health care benefits.

But what happened in the Supreme Court's ruling on Monday, she explained, was very different, since it effectively said that even if Bessinger's religion didn't allow him to bar Black customers from entering, it did permit him to limit his employees' birth control options.