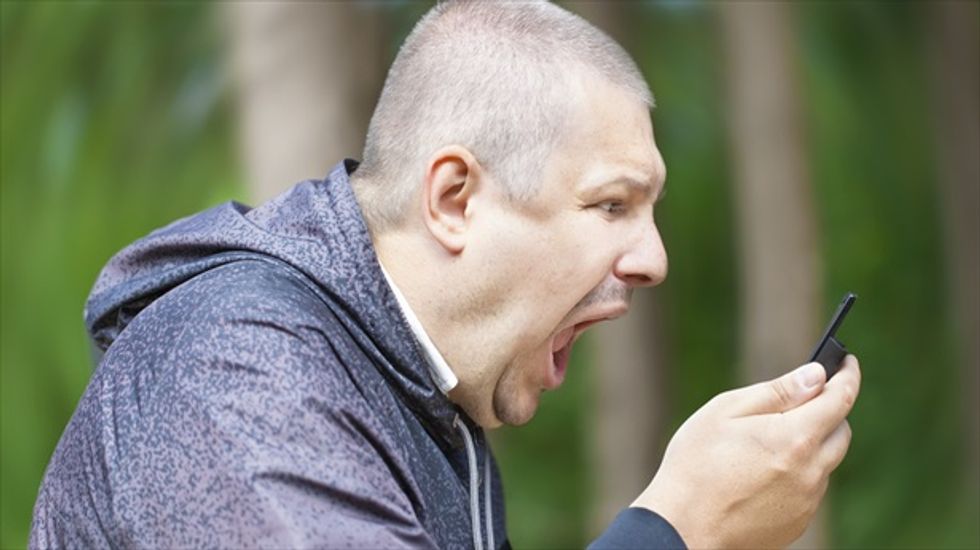 The C-SPAN news program Washington Journal, which has been derailed by openly-prejudiced viewers in the past, saw a discussion on civil rights turn into another ugly display on Thursday, Talking Points Memo reported.

"I think it's time for white pride," said one caller, who identified himself as "Joe in Ohio." "We have built this country — Irish, Italians, Germans, Irish, wherever they have come from from Europe. No country in the world has produced what the white man has produced for every culture and race in America."

"Joe" also complained to host Steve Scully that white men are also under attack by "liberal white women that claim there is a war against women."

The call was one of several ugly viewer responses to a segment that was supposed to commemorate the 50th anniversary of the Civil Rights Act. Another caller, "Thomas from Maryland," who identified himself as an independent, said he is "much less liberal today" than he was at the time the legislation was implemented.

"I heard some Black call Karl Rove a 'white boy,' and I don't think that's right," "Thomas" told Scully. "They're attacking white people in the big cities and we're supposed to put up with that kind of stuff and like them and say, 'Well, come into our neighborhood.'"

A visibly uncomfortable Scully later took a call from another man in North Carolina who phoned in to support "Joe's" remarks.

Thursday's outbursts were far from the first of their kind on the program. Two years ago, a caller on the show's Republican line from South Carolina criticized President Barack Obama by accusing him of being raised by "two Muslim dads in Indonesia." That same year, a caller from South Dakota using the show's line for Democrats was angrily denounced on the air after complaining about "fat, lazy, slovenly n*ggers."

The show also drew criticism in 2010 when a 90-year-old woman interrupted a segment about government regulations regarding Wall Street by asking, "Why don't colored people instead of saying what we did to them, why don't they say what we did for them?"

Watch footage from Thursday's show, as posted by TPM, below.