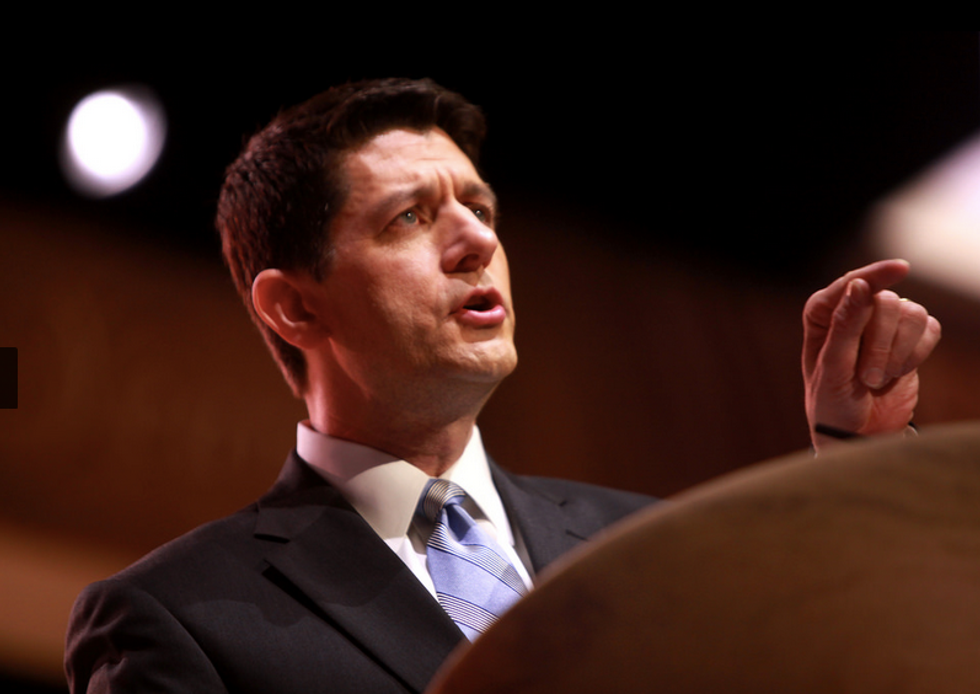 WASHINGTON (Reuters) - Republican congressman Paul Ryan on Wednesday slammed the U.S. Export-Import Bank as a purveyor of "crony capitalism" that mainly helps a few large companies, and said Congress should focus instead on market reforms that speed growth for all firms.

Ryan, speaking to a Christian Science Monitor media breakfast, declined to say directly whether he would vote against renewing the bank's charter when it expires on Sept. 30.

But Ryan, who heads the House of Representatives Budget Committee and is seen as a possible 2016 presidential candidate, said aircraft maker Boeing Co and some other large exporters "can do extremely well on their own" without the support of Ex-Im Bank financing.

"I do believe that the Ex-Im bank is representative of some of the crony capitalism we have in Washington. Big government and big business joining in a common cause to hand out preferences," Ryan said. "I believe that we as Republicans should be pro-market, not necessarily pro-business."

A core of conservative Republicans have been pressing to kill off the bank, despite its reliance mainly on fees, interest and other non-tax revenues.

Ryan echoed their argument that the bank puts government in the way of free-market decisions and that the United States should not subsidize key industries such as aircraft production even if other countries do so.

He said he would prefer to spend his energies on tax reform, regulatory reform and other efforts to make the U.S. economy more competitive, boosting growth and exports for more companies.

"Could the thing be reformed? Of course," Ryan said of the Ex-Im Bank. "Would that be better than the status quo? Yes, but at the end of the day, I really do believe that there are so many more things that we should be dedicating taxpayer resources to than handing it out to some select companies."