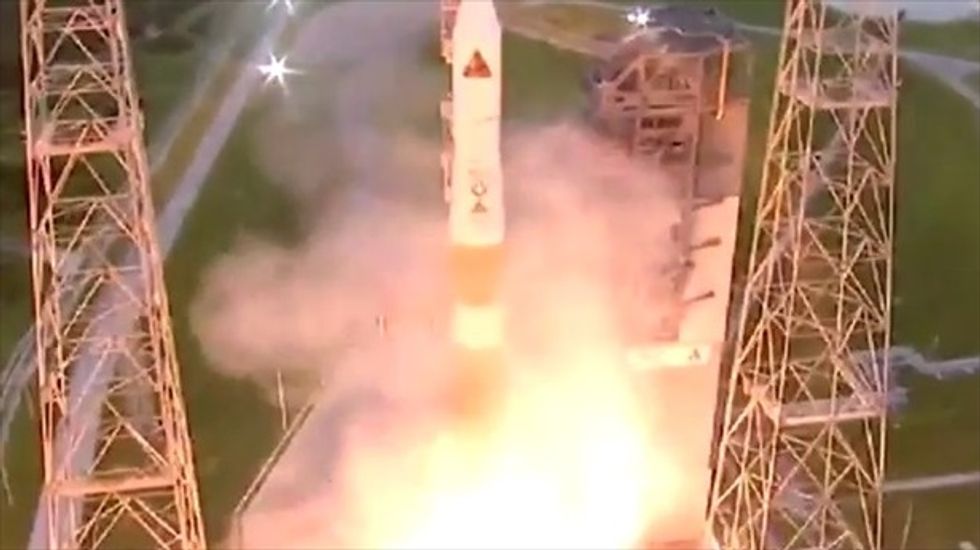 (Reuters) - An unmanned Delta 4 rocket blasted off from Cape Canaveral Air Force Station in Florida on Monday with a pair of U.S. military satellites designed to keep watch on other countries’ spacecraft.

Launch of two satellites for the U.S. Air Force’s recently declassified Geosynchronous Space Situational Awareness Program, or GSSAP, had been slated for July 23, but was delayed one day to resolve a technical issue with ground support equipment and then three more times by poor weather.

Once in orbit, the GSSAP satellites, built by Orbital Sciences Corp, will drift above and below a 22,300-mile (35,970-km) high zone that houses most of the world's communications satellites and other spacecraft.

The program "will bolster our ability to discern when adversaries attempt to avoid detection and to discover capabilities they may have which might be harmful to our critical assets at these higher altitudes," Shelton said during a speech in February that unveiled the once-classified program.

GSSAP also will track orbital debris, which could pose a threat to operational satellites. Current ground-based radar systems and telescopes can monitor objects that are bigger than about 4 inches (10 cm) in diameter. The trash includes spent rocket bodies and the remains of a satellite that China exploded in 2007 as part of a widely condemned anti-satellite missile test.

The Air Force currently tracks about 23,000 pieces of space junk.

Costs and technical details of the GSSAP program were not released. The rocket also carries a small secondary satellite that will be used for engineering tests.

The Air Force mission bumped NASA’s debut test flight of its Orion deep space capsule, which also will fly on a Delta 4 rocket. NASA’s launch is now targeted for December.

Watch the launch, as posted on Monday by Spacevids.tv, below.