Russell Brand: I want to meet Bill O'Reilly -- and 'kiss him so hard' 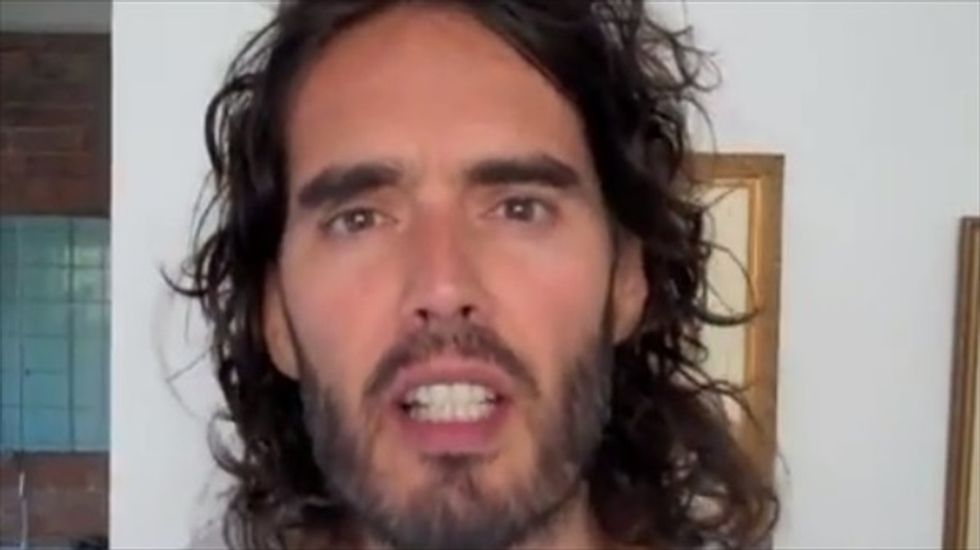 Comedian Russell Brand announced his intentions of appearing on Fox News' O'Reilly Factor in a video posted on Wednesday -- but not to debate host Bill O'Reilly.

"I want to go on that program, 'cause if I ever meet Bill, I'm gonna kiss him so hard," Brand said. "I'm gonna French kiss him. Come on Bill, you need to have this snogged out of you. I'm gonna love you 'til you learn to love yourself, Bill."

Brand, who called Fox "terrorist" and "propagandist" in a previous commentary video, focused on O'Reilly -- who he said he is starting "to kind of like him like a bad absent dad" -- and a July 8 segment on his show during which the Fox host insisted on blaming the gun violence in Chicago on cultural problems within the city's Black communities.

O'Reilly went so far as to accuse the city's police superintendent, Gerry McCarthy, of spinning "bull" by blaming the violence on "the proliferation of guns."

"He's a policeman in Chicago, he knows more than you," Brand said after laughing at O'Reilly's objection. "He's not serving any liberal agenda. He's the head of the Chicago police, he's dealing with it on a day-to-day basis. He's not got some secret liberal agenda."

Brand also ripped the National Rifle Association, accusing the group of furthering their own financial agenda under the cover of protecting residents' Second Amendment rights.

"They'll use anything as a masquerade for making money," he said. "Spying on your personal freedom. Invading Iraq. That type of thinking has got to end, this whole 'manifest destiny' bullsh*t, 'I love America' madness has gotta go. We've gotta start sharing, being nice to each other. Sorry Bill, I love you."

Watch Brand's latest commentary, as posted on Tuesday, below.