San Francisco cracks down on homeless: Sleep in train station, go to jail 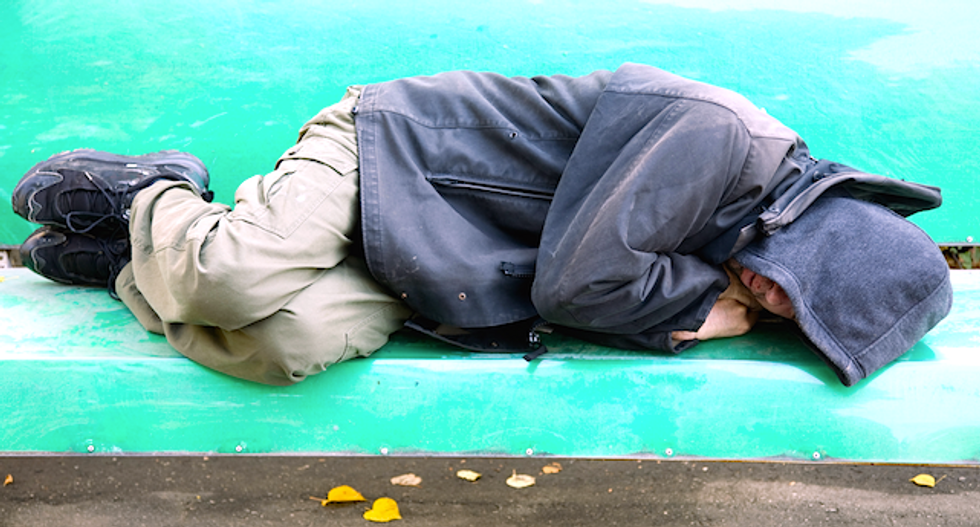 Transit police on San Francisco's BART commuter rail line on Tuesday stepped up efforts to discourage homeless people from sleeping in stations, issuing warnings that could eventually lead to a trip to jail.

The crackdown by the Bay Area Rapid Transit police started with verbal warnings to people sleeping in the hallway corners of Powell Street train station downtown, the first step in a widening campaign that will eventually include all stations.

"We felt we had a duty to protect our patrons and provide them safe passageway in case of an emergency," said BART spokesman Jeff Jennings. "If something happens, we want the people to be able to get up and move with the crowd and not trip folks."

The campaign comes as San Francisco, one of the most expensive cities in the United States, wrestles with a nearly intractable problem of homelessness that has filled shelters to overflowing and left a meager amount of publicly subsidized housing available to the poor and mentally ill.

"There are fewer and fewer places where, if you're homeless, you can rest," said Matthew Gerring, spokesman for The Coalition on Homelessness in San Francisco. "The BART police cracking down is further reducing the number of places they can rest legally."

Most of the city's homeless shelters are running at capacity, and the waiting list for public housing assistance is closed, advocates said.

"The wait for one individual could be as long as 12-18 months," said Gail Gilman, Executive Director of San Francisco's Community Housing Partnership, which connects homeless people with housing and various social services.

Jennings said that BART officers will distribute flyers for homeless and mental health services to those who are cited.

Police will issue verbal warnings at first, followed by a citation for those who don't comply, he said. People who still refuse to comply could be summoned to court and potentially arrested.

On Tuesday, police asked 17 people to sit with their legs crossed, stand up, or "look alert," Jennings said. The new enforcement has led to one arrest, after police learned of a warrant for the arrest of a man found sleeping in the station.

BART may expand enforcement to nearby Civic Center and Montgomery stations within the next month, Jennings said.