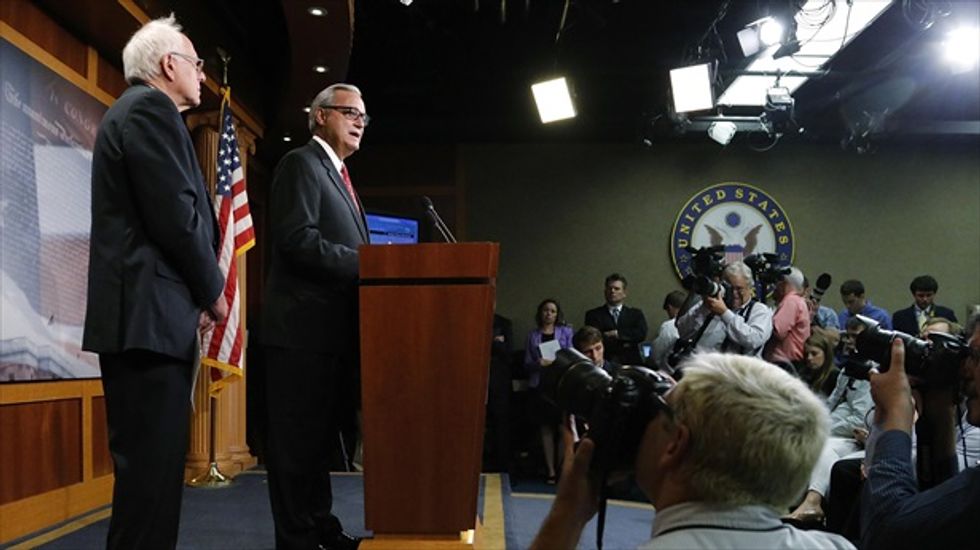 WASHINGTON (Reuters) - The U.S. Senate late on Thursday overwhelmingly gave final congressional approval to a $16.3 billion plan to ease long healthcare delays at the scandal-plagued Veterans Affairs Department, adding the bulk of the cost to the federal deficit.

The 91-3 vote sends the measure to President Barack Obama to be signed into law just before Congress starts a five-week summer recess.

The plan, which contains $10 billion in new emergency spending that is not offset by any budget savings, aims to clear months-long waiting lists for healthcare appointments at VA hospitals and clinics across the country.

It allows veterans access to private doctors at the department's expense if they are forced to wait more than 30 days for an appointment or live more than 40 miles (65 km) from a VA facility.

It allocates $10 billion to pay for this, but allows the private care arrangement for three years.

It is unclear how long that money will last. The Congressional Budget Office has estimated a $35 billion cost through 2017, and the ultimate price tag depends on how many veterans opt for private care and how quickly the VA can build up its internal treatment capacity.

The agency has been rocked by scandal over cover-ups of months-long waiting times in dozens of cities, prompting the resignation of VA Secretary Eric Shinseki in late May.

In Phoenix, doctors have alleged that some 40 veterans died as their names languished on secret waiting lists while officials misrepresented wait-time data to meet targets for bonus compensation.

"If there was ever a definition of an emergency, that emergency faces us today because our veterans are not receiving the care that we owe them as a nation," said Senator John McCain, an Arizona Republican. "There are veterans who are dying as we speak for lack of care."

The former Procter & Gamble Co chief executive will have significant new resources at hand to boost VA's capability, including $5 billion to hire more doctors and nurses and more than $1.3 billion to open 27 new clinics in 18 states.