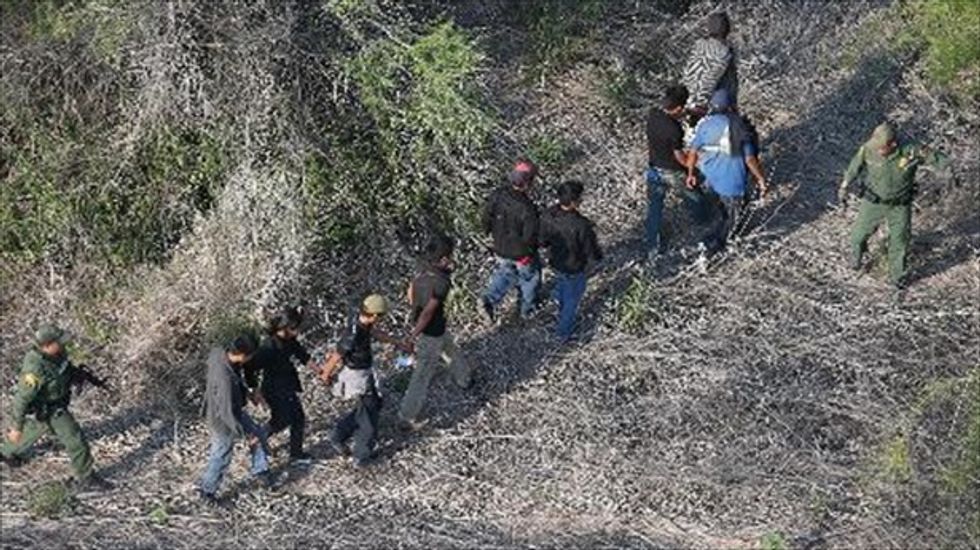 Border Patrol agents escort a group of undocumented immigrants into custody on May 20, 2013 near the U.S.-Mexico border in Havana, Texas [AFP]

By a vote of 50-44, 10 short of the 60 needed, the bill failed to clear a procedural hurdle. Republicans objected to the cost of the measure and complained that it would not be effective in discouraging rising illegal migration of children from El Salvador, Honduras and Guatemala.

Earlier on Thursday, the House of Representatives failed to pass a $659 million funding bill that the White House had threatened to veto. House Republican leaders are trying to figure out a way to bring a border-security bill back to the chamber for passage.