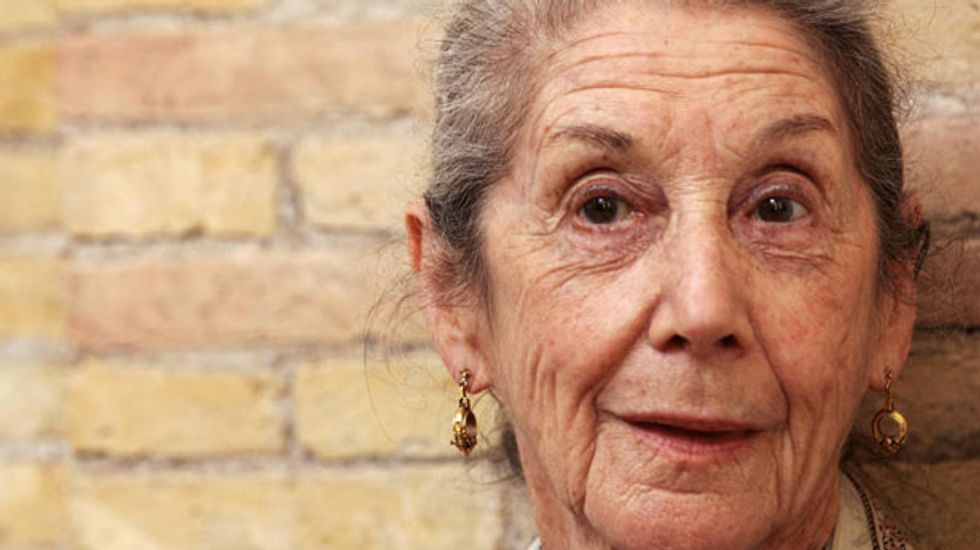 The South African Nobel-prize-winning author Nadine Gordimer, one of the literary world's most powerful voices against apartheid, has died at the age of 90, her family say.

Gordimer died peacefully at her Johannesburg home on Sunday evening in the presence of her children, Hugo and Oriane, a statement from the family said.

Born in Gauteng, South Africa, in 1923 to immigrant European parents, Gordimer was awarded the Nobel prize for literature in 1991 for novels and short stories that reflected the drama of human life and emotion in a society warped by decades of white-minority rule.

Many of her stories dealt with the themes of love, hate and friendship under the pressures of the racially segregated system that ended in 1994, when Nelson Mandela became South Africa's first black president.

She was called one of the great "guerrillas of the imagination" by the poet Seamus Heaney, and a "magnificent epic writer" by the Nobel committee.

Gordimer became active in the then banned African National Congress after the Sharpeville massacre, and was one of the first people Mandela asked to see when he was released in 1990.

"She cared most deeply about South Africa, its culture, its people and its on-going struggle to realize its new democracy," the family statement said.

She had three books banned under the apartheid regime's censorship laws, along with an anthology of poetry by black South African writers that she collected and had published.

The first book to be banned was A World of Strangers, the story of an apolitical Briton drifting into friendships with black South Africans in segregated Johannesburg in the 1950s.

In 1979 Burger's Daughter was banished from the shelves for its portrayal of a woman's attempt to establish her own identity after her father's death in jail makes him a political hero.

In later years, Gordimer became a vocal campaigner in the HIV/AIDS movement, lobbying and fund-raising on behalf of the Treatment Action Campaign, a group pushing for the South African government to provide free, life-saving drugs to sufferers.

Nor did she shy away from criticising the ANC under Jacob Zuma, expressing her opposition to a proposed law which limits the publication of information deemed sensitive by the government.

"The reintroduction of censorship is unthinkable when you think how people suffered to get rid of censorship in all its forms," she said in an interview last month.