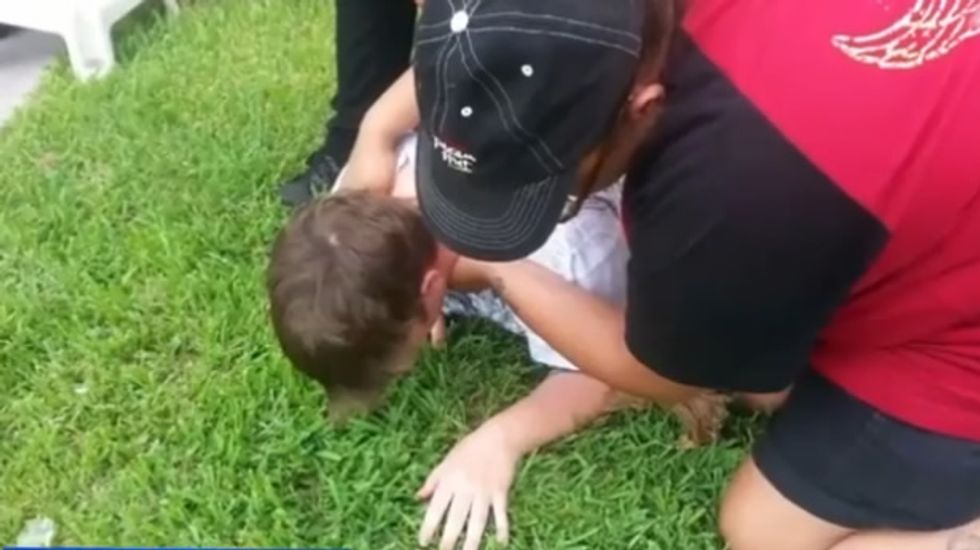 A Subway employee in Freeport, Texas claims she was fired after she became so ill that sympathetic workers at a nearby restaurant called 911 to care for her.

Elizabeth Taft (pictured above) told Local 2 Houston that when she reported to work sick with a stomach virus last week, her manager refused to allow her to leave.

"I was going back and forth to the bathroom, puking my guts out," Taft said. "I was sweating, I was drenched in sweat. I felt weak." But her manager just ordered her to resume working on the line.

"So until about 1 o'clock, I was on the line making sandwiches and [her manager] knew I was sick," she said. "I was touching everybody’s sandwiches. I’m like ‘this ain’t right.’ I had gloves on, but that doesn’t matter."

She eventually became so feverish that she stumbled outside, where an employee from a nearby restaurant came to her aid.

He took pictures of her and posted them to Facebook with the caption, "if you planned on eating Freeport Subway today I advise not to, I witnessed an employee vomiting and her manager just telling her to switch shirts."

Subway's social media team replied to that post, writing "this certainly should not have happened. We take this very seriously."

But the manager of the Subway that employed Taft fired her anyway, claiming that it was not her illness that particular day, but a history of "poor performance" and "insubordination."

Watch a report on the firing from Local 2 Houston below.