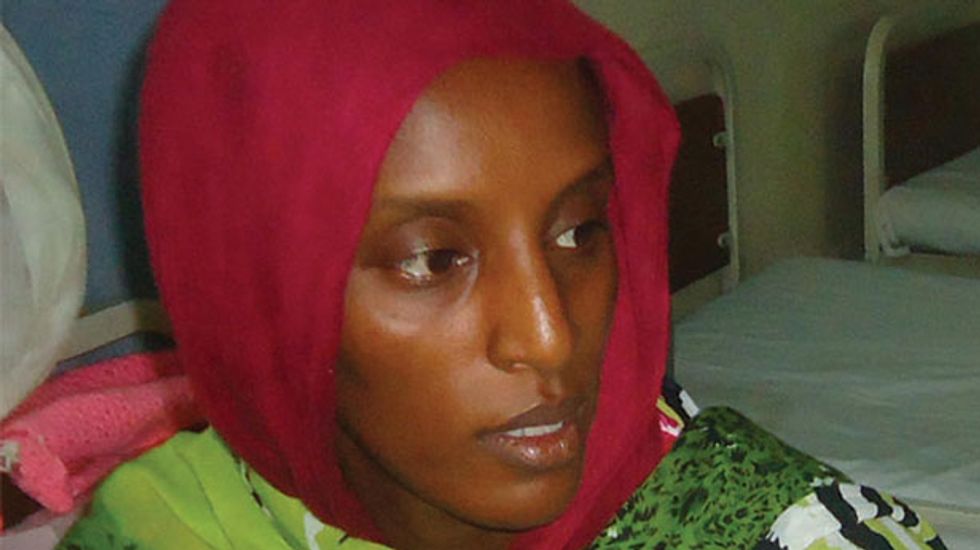 (Reuters) - A Sudanese woman who was sentenced to death for converting from Islam to Christianity, then detained after her conviction was quashed, was due to return to the United States on Thursday, according to a family member.

Mariam Yahya Ibrahim was scheduled to arrive in Manchester, New Hampshire, on Thursday evening, her brother-in-law Gabriel Wani said in a phone interview.

Since leaving Sudan after her sentence and detention triggered international outrage, Ibrahim has been in Rome, where she met with Pope Francis along with her husband and two children. [ID:nL6N0PZ1XJ]

Ibrahim, 27, was sentenced to death in May on charges of converting from Islam to Christianity and marrying a Christian South Sudanese-American.

Her conviction was quashed in June but Sudan's government accused her of trying to leave the country with falsified papers, preventing her departure for the United States.

Renouncing the Islamic faith is punishable by death in many countries' interpretation of Islamic law.

(Reporting by Scott Malone in Boston; Editing by Bill Trott)