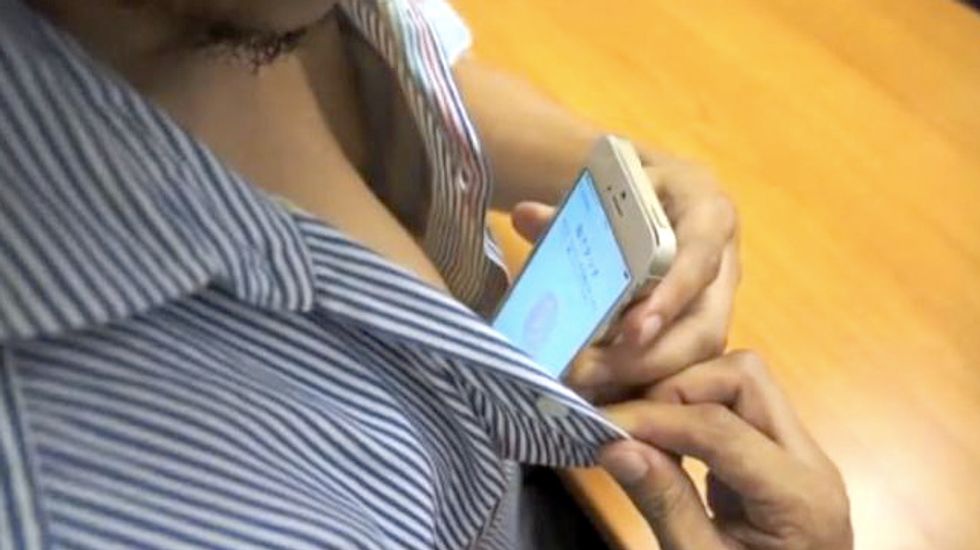 A man suspected of killing two gay men in Seattle last month may have targeted his victims using a social networking app geared toward gay men and police are investigating their deaths as a possible hate crime, authorities said on Thursday.

Seattle police said the suspect, 30-year-old Ali Muhammad Brown, remains at large. He is charged with aggravated first-degree murder for the deaths of Ahmed Said, 27, and Dwone Anderson-Young, 23, who were found shot to death on June 1.

If convicted, Brown, who is a registered sex offender, could face the death penalty.

A friend of the victims told investigators he had spent the evening with Said and Anderson-Young at a popular gay pub in Seattle and that Said had plans to meet someone outside the pub later in the evening.

The friend told police Said was continually on his phone texting and that he believed Said was on Grindr or Jack’d – social networking apps marketed to gay men.

Other witnesses reported seeing Brown leave with the victims in Said's car less than 17 minutes before the shooting was reported, according to police.

Said's car was found abandoned with what police called "and exorbitant amount of blood and biological matter" inside.

Prosecutors called the murders unprovoked and premeditated, with both victims receiving gunshot wounds to the head.

"The evidence from the crime scene, Said's vehicle, and the autopsies suggest that the victims were essentially executed," Senior Deputy Prosecutor Wyman Yip wrote in charging documents released Wednesday.

"Once we know exactly what the motive was we will consult with our bias crime detective," Seattle Police detective Renee Witt said. "That's definitely part of our investigation and we will continue investigating that until we exhaust all leads."

Witt said Brown is also wanted in New Jersey, where officials have issued an arrest warrant for him in the June 29 robbery and attempted carjacking of a 46-year-old man at a coffee shop Point Pleasant Beach.