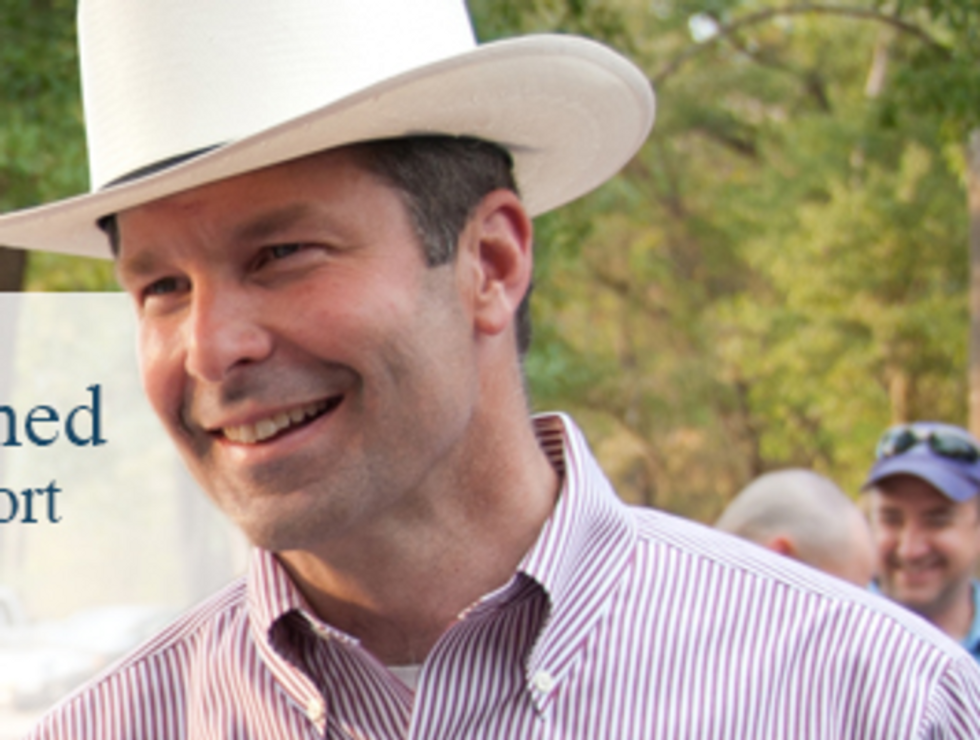 A town hall meeting held by Texas Tea Party state Rep. David Simpson (R) on Wednesday got heated as Simpson's constituents railed at him for not doing more to stop the influx of unaccompanied, undocumented minors coming to the United States from Central and South America.

Simpson attempted to tell the crowd of about 160 residents that the thousands of children arriving at the Mexico-U.S. border are fleeing lives of violence and abuse, including gangsters who specialize in trafficking children as sex slaves. Texans should treat the children with compassion, he said, a notion that his audience summarily rejected.

After Simpson's slide show of the faces of some of the border children, Longview resident Terri Hill said, "I believe your constituents should come first when you talk about people who are impacted. You are to represent us, and we have children. These [migrant children] are people that are coming in with leprosy, tuberculosis, polio.”

Another resident, Ben Denson, expressed fear that the children could be disease-carriers.

"I’ve got four kids and a fifth one on the way," Denson said. "These [Central American] kids have scabies and influenza, viral pneumonia, leprosy. These kids are going to be part of the school system...They are bleeding Texas [Democrat] blue.”

Other residents fear that the children are already criminals in their hearts.

“We need our borders protected. We need a lot of things, but what we don’t need is more people at the trough," said Thomas Rolland to Simpson. "These people are not coming in with a good, Christian heart. Most of them are criminals, anyway.”

Simpson protested, "These children are fodder in this. They are being assaulted."

The gang wars and turmoil they are fleeing, he said, are not the children's fault.

"I don’t believe in amnesty," he assured the crowd. "I don’t believe in treating people who’ve crossed the border as a murderer...I do think there should be a path, a legal path, for naturalization or citizenship. We’re a nation of immigrants.”