Telemundo anchor challenges anti-immigrant protesters: What would you do for your kids? 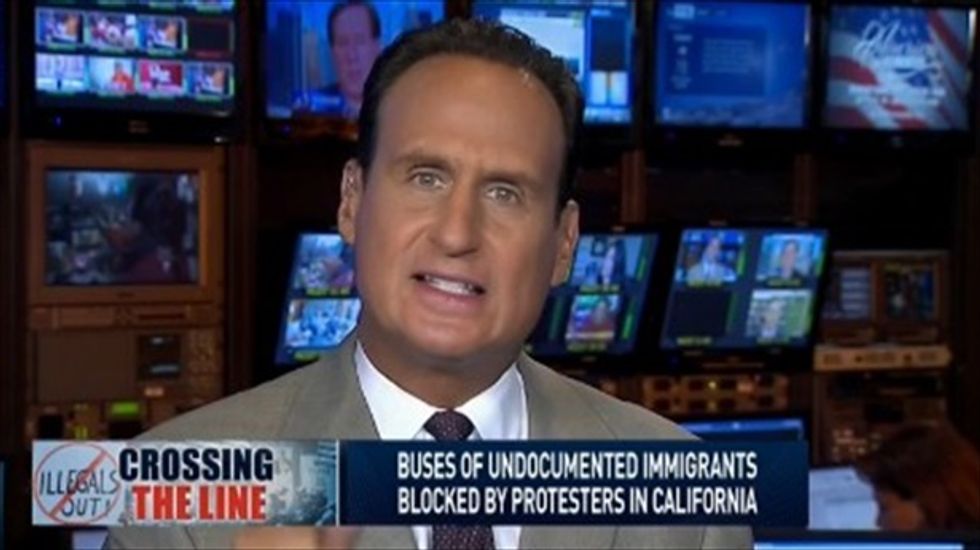 Telemundo anchor Jose Díaz-Balart pushed back on Wednesday against the protesters who derailed a convoy full of immigrant women and children, as well as radio host Rush Limbaugh, for what he described as dehumanizing treatment toward people fleeing traumatic violence.

"I know a lot of people don't have kids, and it's easy when you don't have a kid to call people like those dogs being dumped," Díaz-Balart told MSNBC host Al Sharpton. "But you know something? There but for the grace of God go I in many opportunities. And what would you do? What would you do if your child was being raped, or being destroyed by gangs. What would you be willing to do for your children?"

On Tuesday, the buses, carrying about 140 undocumented Central American immigrants were blocked from entering a Border Patrol processing facility in Murrieta, California by the demonstrators, many of whom chanted "U-S-A" and "nobody wants you." They were instead rerouted to another facility in San Ysidro, almost 70 miles away. More than 50,000 "unaccompanied minors" have come to the U.S. from Central America since late last year.

Limbaugh defended the demonstrators' actions on his show on Wednesday, saying, "You can't dump your dog on the street in most of America, but you can dump 50,000 kids from Central America" and then insisting he was not comparing the immigrants to dogs.

Díaz-Balart, who was recently hired to host his own show on MSNBC, told Sharpton that many of them are faced with rape, torture or other threats not only during their journey through Mexico, but at home. One 17-year-old Honduran girl, he said, told him that a local gang killed her younger brother after he refused to be recruited into its ranks.

"She said, 'What could I do?'" Díaz-Balart said. "'Do I stay here and be killed or become property -- sexual property -- of gang members that run amok in places like Honduras? Or do I take my chances and come here?'"

Watch Sharpton's interview with Díaz-Balart, as aired on Wednesday, below.