The media needs to treat gun lobbyists for what they are: Representatives of the gun industry, not customers 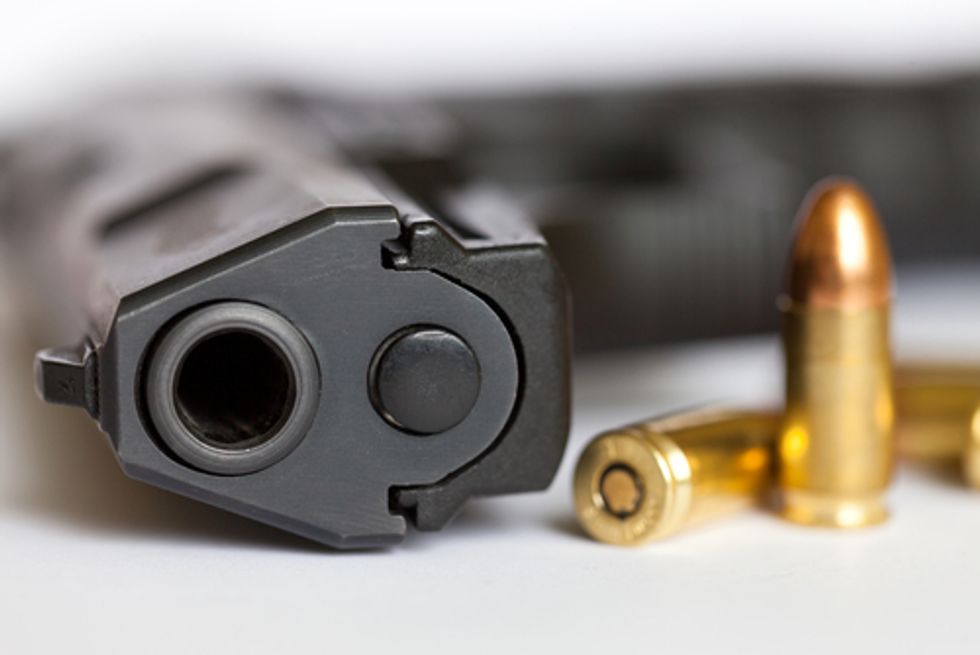 In response to a Rolling Stone profile of Larry Pratt, the head of Gun Owners of America, Media Matters asks an important question: Why is Pratt being treated like an expert guest on cable news? This is not an idle question, as Pratt has been on cable news networks, most notably CNN, a total of 13 times since the Sandy Hook shooting. This is alarming, because Pratt is the fringe-iest of the fringe, as Media Matters summarizes.

Zaitchik's Rolling Stone profile of Pratt is a laundry-list of extremism dating back over three decades. Lowlights include:

It's always tough trying to find that line where you're making sure your audience understands the players in a debate without giving credence to liars and bigots. I don't envy producers who have to figure this one out. The fact of the matter is that racist paranoids and right wing extremists are the power players when it comes to gun control, and you have to convey this fact to the audience, or else they will be confused about what the hell is going on. But when you bring the nuts on to debate people who are speaking from a position of rationality, you run the risk of creating a false equivalence. There are some ways to go around this---for instance, being rigorous in correcting any lies that right wingers utter on TV---but it is nonetheless an enduring dilemma. The people need to understand that gun extremists are shaping this debate, and it's hard to accomplish that without putting them on-air.

Of course, there's no need to put Larry Pratt on air, since you have the NRA. And let's face it, the NRA wields more lobbying power and they are just as bad in many ways, and perhaps worse in some ways. Worse, because they present themselves as a gun rights organization, but they are actually better understood as a gun industry lobby that will do anything in its power to make sure that gun manufacturers have as big a customer base as they can. Even, for instance, if that means fighting efforts to keep girlfriend-beaters and stalkers from buying guns. Hey, a scary girlfriend-beater's money spends just as good as anyone's!

The NRA also pushes the same bizarre, paranoid worldview that Pratt is pushing, where there are criminals and fascists coming at you every minute and you need your growing and expensive arsenal to fight back. According to Wayne LaPierre of the NRA, the United States has become a war zone where children cannot be allowed outside, people who walk down the street get attacked at every turn, and fascist jackboots are hovering right outside your door, ready to knock it down and take away some vaguely defined rights. (Mostly to BUY MORE GUNS.) It's so obviously a sales pitch and nothing more, a way to convince customers to keep buying and buying to line the pockets of his benefactors. The reality---that crime is down and this country is extremely safe---doesn't sell guns. Myths about the "knockout game" do. And if some innocents get shot because of it, well, gun manufacturers know that prominent shootings actually cause people to buy more guns. There's profit in the dead bodies of innocents.

In a sense, then, it's probably just as bad putting anyone from the NRA on without context. But I think that all this leads to some good ideas about how to cover this issue without giving free airtime to the lies and bullshit and marketing ploys of the gun lobby. Journalists could, you know, be more aggressive. Wayne LaPierre shouldn't be able to go on air without being asked either about the reality that crime is declining or his financial benefactors from the gun industry, and ideally both. Journalists need to start treating the NRA for what they are---a gun industry lobby---and, I think, that could help viewers understand what the hell is going on here.