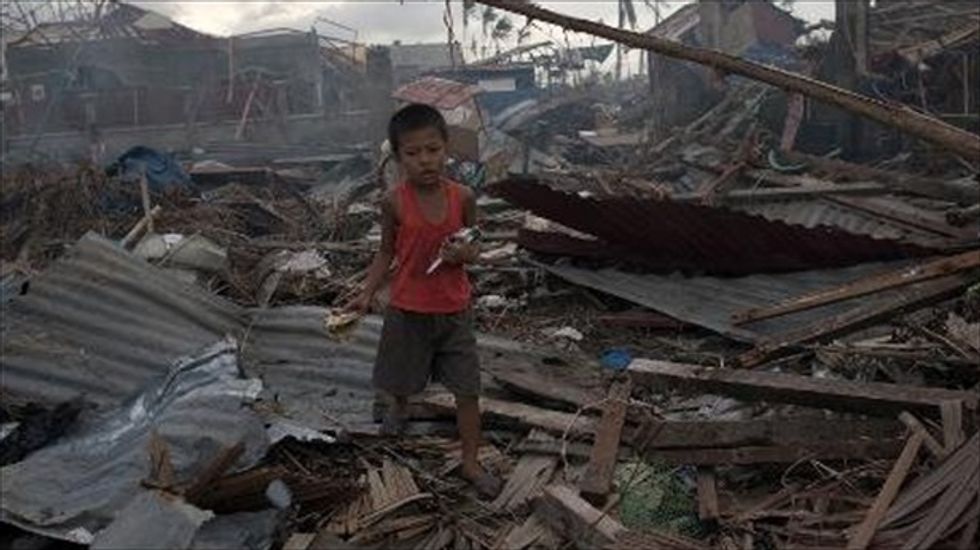 A young typhoon survivor holds broken toys found amidst the rubble in Palo on Nov. 21, 2013. [AFP]

he strongest storm to hit southern China in more than 40 years has killed at least eight people there, state media said Saturday, after causing devastation in the Philippines.

The storm had earlier sliced through the Philippines, killing 77 people at the latest count and wrecking more than 111,000 homes.

Rammasun was the most powerful storm to strike China's southern areas since 1973, the country's National Meteorological Center (NMC) said, and brought torrential rains.

The NMC had issued its highest "red alert" for the typhoon, the first such declaration this year. More than 70,000 people evacuated their homes.

Television pictures showed roads littered with debris including uprooted trees and rooftops while dozens of flights and rail links were suspended.

Rammasun was downgraded from a super typhoon to a severe typhoon on Saturday, according to the Hong Kong Observatory.