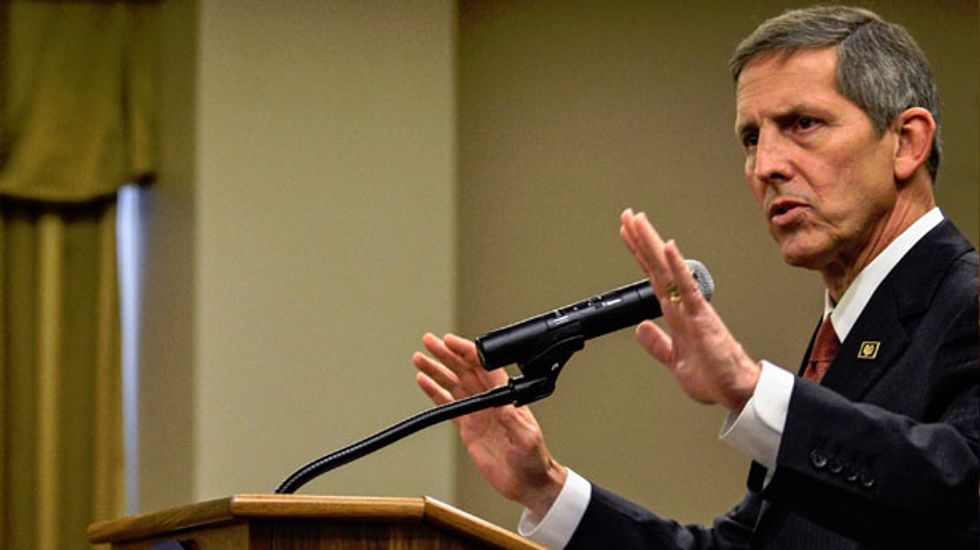 Acting VA Secretary Sloan Gibson told senators that without additional resources to buy private care and increase internal capacity, "the wait times just get longer" as more veterans return from wars, get older and turn to VA for healthcare.

Gibson told the Senate Veterans Affairs Committee that the $17.6 billion request would only last through the 2017 fiscal year. About $10 billion of the total would be needed to purchase private care for veterans and hire about 10,000 additional clinical staff, including about 1,500 physicians.

But to keep ahead of the rising population of veterans needing VA care, even more money will be needed in the future, Gibson said.

The VA has been rocked by scandal in the past three months over systematic cover-ups of months-long waiting times for medical appointments at its clinics and hospitals across the country. In Phoenix, doctors have alleged that some 40 veterans died as their names languished on secret waiting lists while officials misrepresented wait-time data to meet targets for bonus compensation.

The controversy caused retired Army General Eric Shinseki to resign as VA secretary in late May. President Barack Obama appointed Gibson, a former banker who joined the VA in February, to run the department temporarily.

Obama has since nominated Bob McDonald, the former chief executive of consumer products giant Procter and Gamble Co, to be secretary. McDonald will face the Senate veterans panel next week in a confirmation hearing.

Gibson said he had been working with the White House budget office to develop the funding request.

Both the House and Senate have passed legislation aimed at speeding care to veterans, allowing them to see private doctors for two years at VA expense if forced to endure long waits. But lawmakers are reeling from sticker shock after the Congressional Budget Office pegged the cost at $35 billion over 10 years.

The number Gibson gave to senators was significantly lower and would be more geared to purchasing private care in the near term. Later in the 2014-2017 period, the VA would rely more on expanding its own internal capacity.

He said that VA would likely be more efficient at caring for veterans, who tend to be "older, sicker and poorer" than the general population.

About $6 billion of the $17.6 billion request would cover construction of new clinics and other facilities, which would open up about 8 million new appointment slots per year, Gibson said.

The VA operates the largest U.S. healthcare system, providing healthcare to nearly 9 million U.S. veterans at some 1,700 facilities, including 150 hospitals and 820 outpatient clinics.