US still considering drone strikes against Islamic militants in Iraq 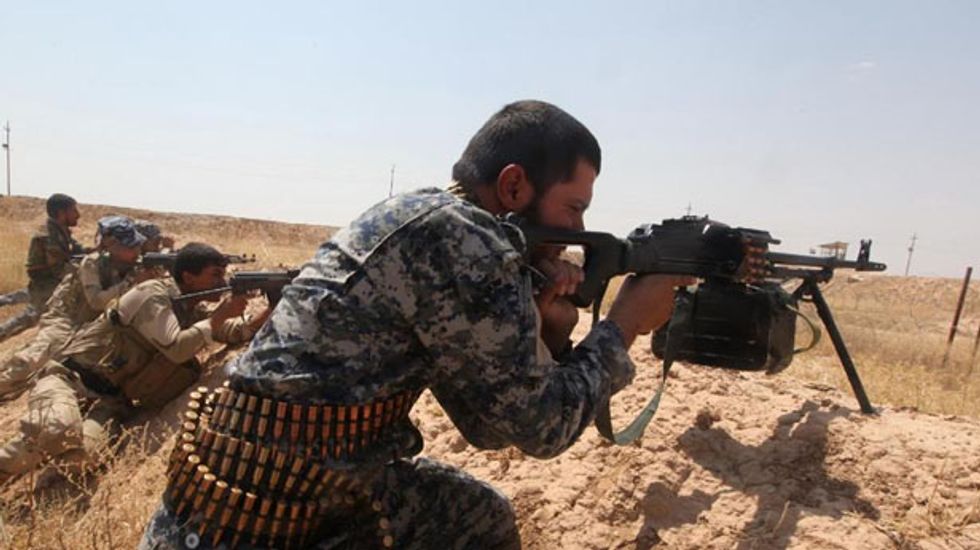 Washington is still weighing Iraq's request to launch air strikes against Islamic militants, but is working to boost the Iraqi army as it battles the extremists, a top US diplomat said Wednesday.

After spending billions of dollars on building up and training the Iraq military, the United States was shocked when the Iraqi army melted away in face of a sweeping offensive in June by the jihadist Islamic State (IS) and allied Sunni groups.

But Deputy Assistant Secretary Brett McGurk told US lawmakers that with increased US support, including round-the-clock air surveillance in recent weeks, the Iraqi army was beginning to "hold the line" since the IS offensive captured a swath of northern Iraq, including the city of Mosul.

The US is now flying some 50 intelligence sorties a day over Iraq, and has set up joint operations command centers in both Baghdad and Arbil, meaning "we now have a much better picture which will inform eventual decisions" by President Barack Obama, McGurk said.

Amid angry accusations that the US administration had not done enough to support the embattled Iraqis, McGurk said Baghdad's request for direct air support was not made until May and "is still under active consideration."

The commanders in Mosul were all fired after the army's humiliating rout, and new "effective" commanders have been appointed, he said.

"There are very incompetent and incapable units with very poor leadership. There's no question we found those," McGurk, who has just returned from seven weeks in Iraq, told the House foreign affairs committee.

"But we have also found extremely capable, extremely proficient and extremely dedicated units and it's in our interest, I believe, to invest in those units. We should not write off what happened in Mosul and write off the entire security force overall."

Washington was focused on trying to help Iraq establish a new stable government following its April 30 elections amid "a clear recognition by Iraqis from all communities that substantial reforms must be undertaken and undertaken urgently."

This includes restructuring the security services around the idea of a five-pronged "functioning federalism" which is adapted to the "new realities on the ground."

The Iraqi army should be given responsibility for securing the country's borders, but rarely deploy inside cities, with local citizens taking the lead in securing local areas, perhaps modelled on the idea of a National Guard -- a job for which they would be paid and equipped.

There must also be closer cooperation between local, regional and national security services "to reduce operational space" for the militants.

And the new parliament must work to introduce on a series of reforms.

General Lloyd Austin, the head of US Central Command, will go to Iraq on Thursday "to further assess the situation and discuss concrete ways in which our assistance might be effective," McGurk added.